A few interesting things to see: 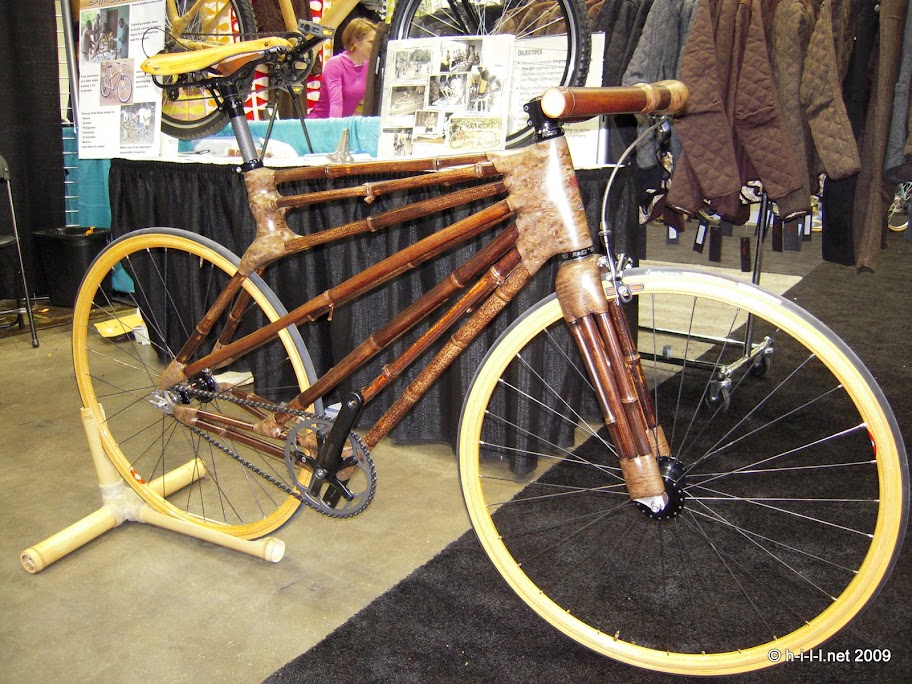 some of my favs… 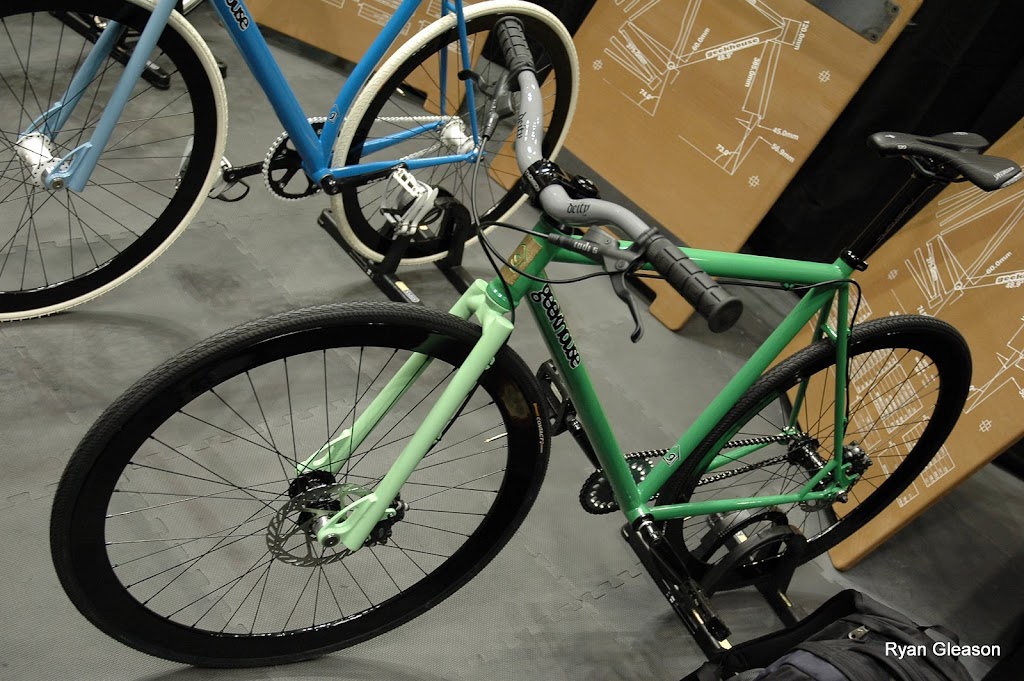 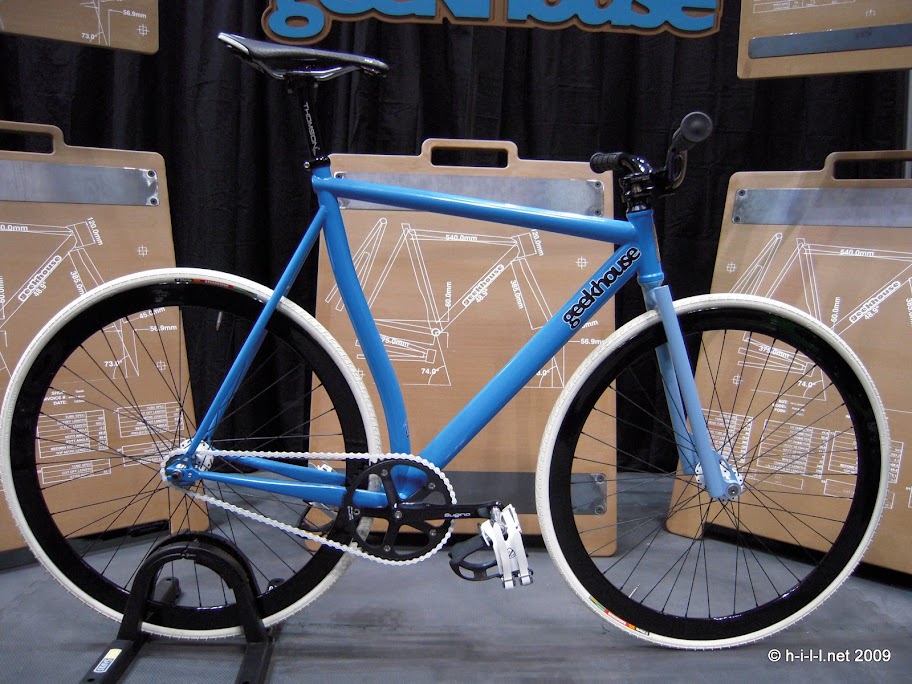 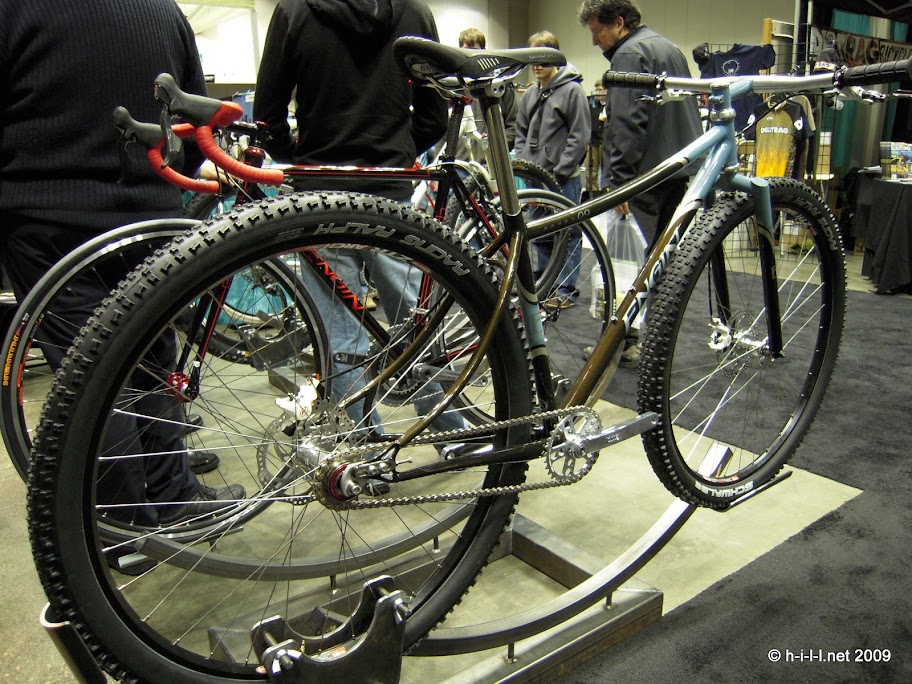 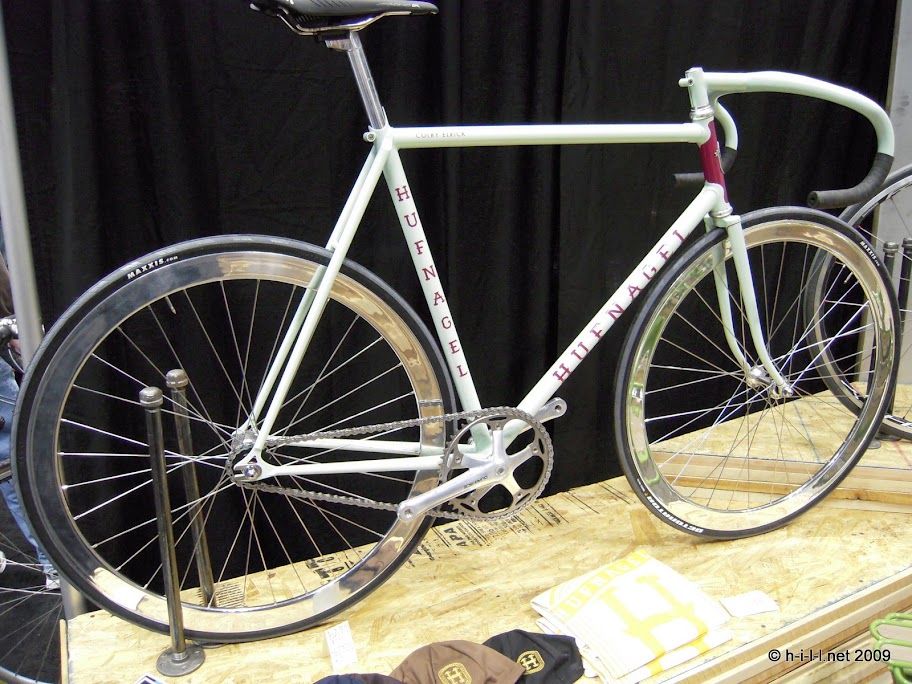 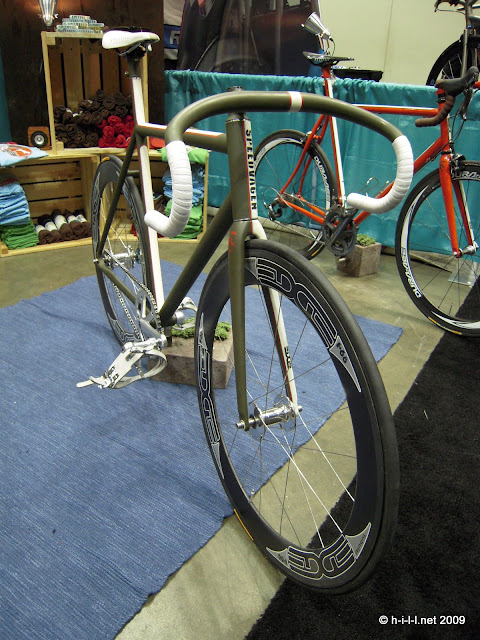 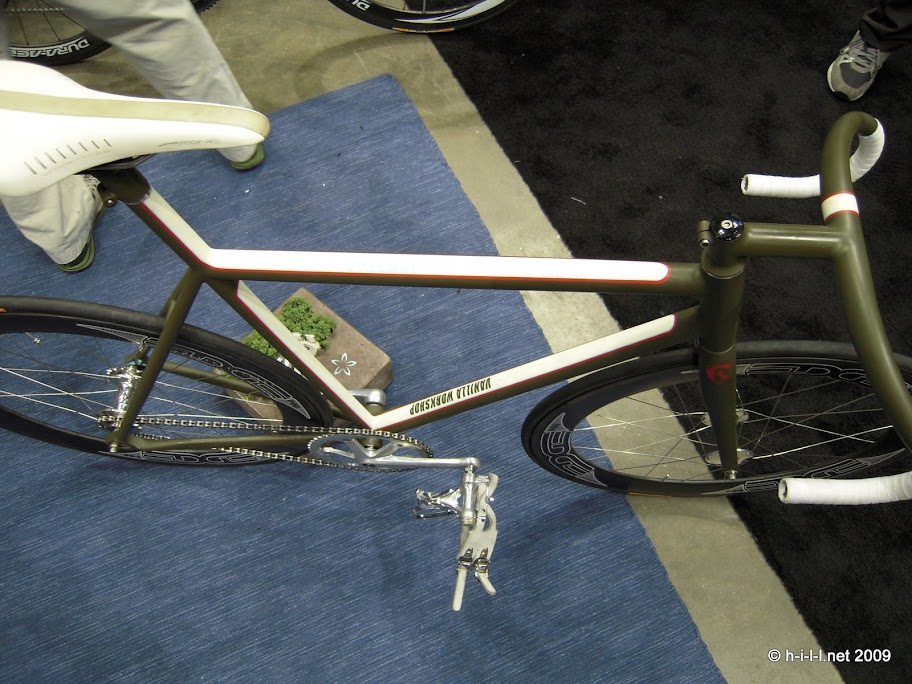 The geekhouse is awesome, as is the Speedvagen, not sure I like the look of the integrated bars/stem though. Notice anything unusual about this one? Notice anything unusual about this one?

Yes! It’s fucking ugly and looks like every fucking other bicycle.

and the stupid drivetrain.

the goodrich cross bike was great. and the cherubim bikes were all unreal. the alchemy scorcher with the masi-like tubes brazed through the chain stays was unreal, and the dean pursuit bar was wicked.

i hate everything about the geekhouse bikes except their ends with tensioners… i think they are cool.

AND what is with mtb forks all having straight legs? can eanyone explain what is wrong with a curved fork on an mtb?