For a tandem set up where the drivetrain is completely on the right side (both chains).

makes sense, it was doing my head in thinking of a rear derailleur that long

What makes you think that, spirito? Straight-through tandem cranks need wide spacing to allow the two chains to clear each other and nothing indicates that.

I recall a 1980s bicycle magazine article written by a NSW or Vic bloke with a similar/same wide range of gearing. In the old days, there were no 11t, 12t or even 13t cogs on freewheels. If you wanted a high gear, you needed a big chainring. Several folk have arranged wide range gearing over the years e.g. Chuck Harris at the Ohio City Bicycle CoOp

What bout the front mech?? Don’t think I’ve ever seen one that could handle that sort of range. Would have to shift like a pig if you did find one, the drop from middle to small ring is HUGE.

What makes you think that, spirito?

Seen a lot of old bikes set up this way … especially as it’s easy to do with ordinary cranks rather than tandem specific cranks with left side drive/threading. Still popular with more than a few recumbent/bent riders who are now using 4 chainrings.

Don’t need wide spacing as this crank sits at the back (stoker), the small inner runs a timing chain going forward and the two large outer chainrings are close enough to work with the limited capacity of most old derailleurs and runs a wider than normal chainline (140mm + rear hub spacing).

Some really funky tandem’ista’s would use such a set up with multi speed freewheels mounted to internal gear hubs (Sturmey Archer) and in conjunction with Benelux/Cyclo derailleurs. My brain hurts just thinking about tuning and dialing in such a set up let alone trying to work out optimum gear ratio’s.

^ If that’s a tandem, where’s the crank arm for the stoker? Or is it a 'bent?

But it could be a tandem recumbent!

I love these threads where you learn something.

Don’t need wide spacing as this crank sits at the back (stoker), the small inner runs a timing chain going forward and the two large outer chainrings are close enough to work with the limited capacity of most old derailleurs and runs a wider than normal chainline (140mm + rear hub spacing).

You don’t understand what I meant by wide spacing. The spacing between the timing chainring and the adjacent final drive chainring needs to be large enough for a pair of chains to clear each other and standard chainring spacing isn’t nearly enough. I know this because the racing tandem in our bike room has a straight-through drive (timing chain on the outside though) using Specialized and Shimano cranks. TA Cyclotouriste chainring bolts are smaller diameter than normal and don’t have enough length to space a chainring out to clear two chains. That eBay crankset is almost certainly using standard chainring spacing and I’ll bet a beer on that. A friend of mine is currently ahead in the bidding.

I’m up for a beer

Stronglight/Specialites TA have quite a range of different bolts and spacers and clearing two chains running in opposite directions is pretty easy to set up. I don’t understand why chainring bolt diameter is a limiting factor with regard to spacing width. Chainring bolt length, yes, that plays a large factor but I know you can make a quadruple and TA made all sorts of bolts/spacers and attachments so most anything is possible.

I’ve also looked at the ebay auction pics closely … can’t see how you can determine inner ring spacing as all the shots are face on. In any case, it’s inelegant … but you can easily run or rig up a tandem setup with drive side only parts and 2 chains.

It is a bet then. A wide-range touring triple, a beer for me. A single-sided tandem crank, a beer for you.

The close-up photos of the reverse side don’t indicate that additional spacers have been used. 28t timing chainwheels are stupid anyway, too much chain tension and too much wear on the chainwheels and BBs. SJS were the only ones silly enough to try small timing chainrings recently and just proved again why it was a bad idea. 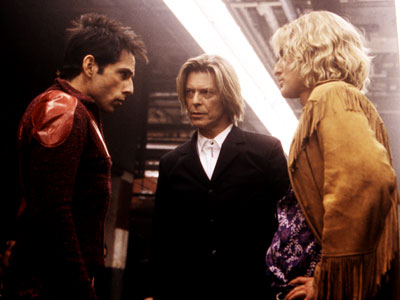 I agree it’s a silly set up but not long ago these parts were cheap and fun to play around with. I don’t quite understand how we’ll find out what this came from (unless we buy it). I can’t see it being used on anything as a triple unless it were a Moulton (perhaps) or with recent derailleurs could handle such capacity and range. I do realize that this would also be an anomaly even if used as I suspect as part of an in line tandem transmission.

Maybe it was cobbled together from spare chainrings they had lying around and put up on a wall display just for fun. The joke could be on us

Have a look through old copies of Australian Cyclist and you’ll find the article I mentioned earlier. Those chainrings are used but none of them are excessively worn. A friend is bidding on this, so there is a fair chance of looking at the crank IRL. A Moulton doesn’t need small chainrings for low gears, that crank is off a big-wheeled bike. The photos from the back would obviously show if additional spacers were used to get a larger chainring spacing.

I’m just grouchy the Sugino PX’s had their price driven so high. I quite want a pair of them.

Yeah, I too was hoping they’d slip under the radar but I already have a set so can’t complain.

Have a look through old copies of Australian Cyclist

I would but all my copies have pages stuck together

And yes, all good fun. I’m just curious as to how strong the rider was. Even on some of my old triples I had a half step + granny but my outer rings were rarely over 52 (ie 52/49/30). It’s the outer 2 big rings that is throwing me. Maybe I’m showing my age but I don’t have any touring cranks with chainring larger than 48t these days. 48 x 13 and fat tyres gives me 100 gear inches and that’s plenty for me, especially as I’d rather coast down steeper inclines and catch my breath.