A Hill in Spain

So its not fixed or SS, but its Chris Akrigg and he can ride either better than you can. If you haven’t seen it already on another blog, this is his newest vid. Its sick.

oh and if you don’t believe me with regards his skills check out his fixed vid posted last year in this thread:
http://www.fixed.org.au/forums/t10086/ And his brakeless SS riding is not bad either. (Tom this should be right up your alley).

ps, the socks do it for me.

group trip to spain anyone haha

Hey you won’t have to worry about your disc brakes either now, just whip em off and piff em!

Dice, you almost sound like you need to jump over to Rotorburn haha. Sick vid though, that dude flows with the natural terrain so well.

EDIT: found a vid of him riding a fixed gear 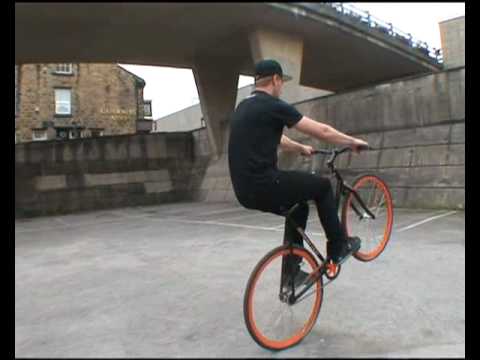 Didn’t he win a red bull minidrome a while ago?
Also he is mad and I want to buy everything he uses

Bumping this up, not for Akrigg. But a very similiar trialsy mountain type video.