hey guys, trying to bleed my hayes stroker trails after replacing the pistons but they are being ₪₪₪₪s.
read a few threads on other forums and i’ve watched the hayes video, but i still can’t get them to have any decent pressure.
anyone on here got some tricks i can use?

Swedish pump?
Sure Spirito would have the good oil on this…

When I used to bleed MC brakes the trick was to have a bottle with your bleed hose running into fluid… And to have this bottle lower than the caliper… This way you can push air out and not suck any back into the system.

You can make your own using the bottle the fluid came in!

You will need a little excess though 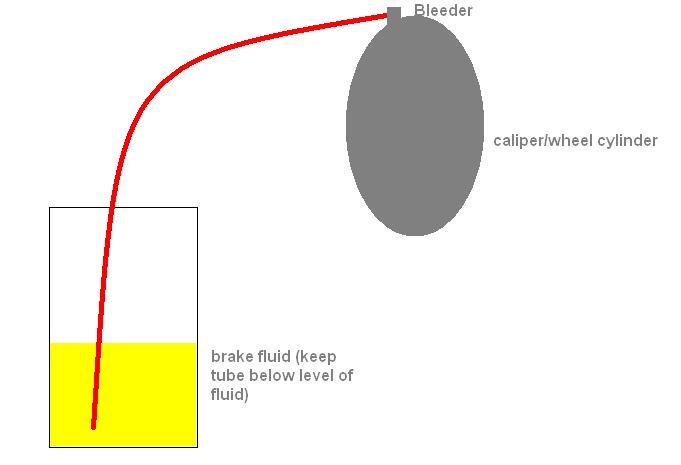 Hayes are notoriously finicky. Just take it to a shop.

When I used to bleed MC brakes the trick was to have a bottle with your bleed hose running into fluid… And to have this bottle lower than the caliper… This way you can push air out and not suck any back into the system.

You can make your own using the bottle the fluid came in!

You will need a little excess though

probably should have tried it this way and pumped through the lever, but i wanted to try it the ‘hayes’ way once more. the hayes guide says to squeeze the fluid in using a bottle from the caliper end.
anyhow, managed to get it done, ran out of hayes oil so i ended up just using dot 4 from the servo.

Bleeding hayes brakes. Where is your god now?

Below is the recommended procedure for bleeding Hayes brakes:

Holy lord this. Are these not simply the best feeling, easiest to bleed, all round kick ass brakes around?

This is a rhetorical question.

Those XT’s are that good eh?
I’ve got shitty Elixir’s… getting brake envy

Below is the recommended procedure for bleeding Hayes brakes:

i did actually replace them with shimano saints, but then i had another bike lying around that i wanted to finish so i rebuilt these and put them on.
i’m expecting the police to come around soon because my neighbours probably thought there was some serious domestic violence going on

Hayes are usually pretty easy. There’s a little fitting you can get which goes into the lever bleed port, and attaches to a hose. The instructions all say to use a bottle at the caliper end but that just makes life difficult.

Remove the pads from your brake caliper.
Push both pistons back into the caliper bore using a tyre lever or similar soft, flat item.
Use a syringe (50c-$1 from pharmacy) and a length of clear tubing from a hardware or aquarium shop (about 50c a metre).
Get about 20mL of DOT 4 or 5.1 into your syringe.
Put a ring spanner onto the bleed port nut and leave it there to use like a tap.
Rotate the lever so that it sits flat.
Remove the bleed port grub screw from the lever.
Install the little bleed fitting into the bleed port hole. This is a different fitting for strokers vs Hayes Nine/El Camino. I think it might be the same as an Avid fitting, but it definitely comes with the Hayes Bleed kit, if you’ve got that.
Run a length of hose out of the bleed fitting and into a bottle, or a drip pan, or a rag, or whatever.
Get yourself into a position where you can work at the caliper and see the hose running out of the lever.
Put the syringe onto the bleed nipple at the caliper.
Undo the ring spanner 1/4 turn.
Push slightly, then pull the syringe to remove any air from the caliper, and the small bubble that will be sitting in the bleed nipple.
Once the bubbles stop from the caliper, push gently until you can see that fluid is moving out through the hose at the lever.
If this were an Avid brake, you would pull on the syringe at the lever to extract air from the lever, but as it is not, you can flick or gently pull the brake lever to displace any more air from around the master piston or reservoir bladder in the lever.
Keep going until there are no more bubbles coming out of the lever, leave a couple of mL in your syringe to ensure you don’t accidentally put the pocket of air into the caliper.
Close the bleed nipple.
Remove syringe from caliper, remove bleed fitting from lever, refit grub screw.
Clean caliper and lever, don’t forget to run a rag through the caliper between the pistons. Cleaning the pistons occasionally is good practice, and this is a good time to do it.