BOGear - put ya bags out!

Thought it might be nice to have a little archive here of BOGear bags seeing as they are now all done and dusted.

Sad day, but ace they existed for as long as they did. They were also HUGE supporters of FOA and all the events that have run over the years, so this is also a small thank you thread too.

Still awesome kit, still the best customer service going, still firmly believe my bags will last longer than anything else I own.

Anyway, put up a pic of your bag, I’ll let Dave know this thread is here if he wants to have a peek.

Here’s my four bags:
papermunky was first back in 2010? whenever the Hardcourt Bike Polo Champs were in Melbourne
chunky toad was next
spare camel was a gift from dave after he stayed with me for the world CMWC and is my favourite
dufflay was last as a great little camping bag I had the BOGEAR foot straps around 2010. No bags though.

I had the BOGEAR foot straps around 2010. No bags though.

Same here, think I sold mine to Rod? Kinda wish I’d bought a custom bullpup, but I actually never need to use a backpack.

Waiting for Liam to chime in.

Only ever picked up a key chain thing… My beloved vinyl dufflay in Como 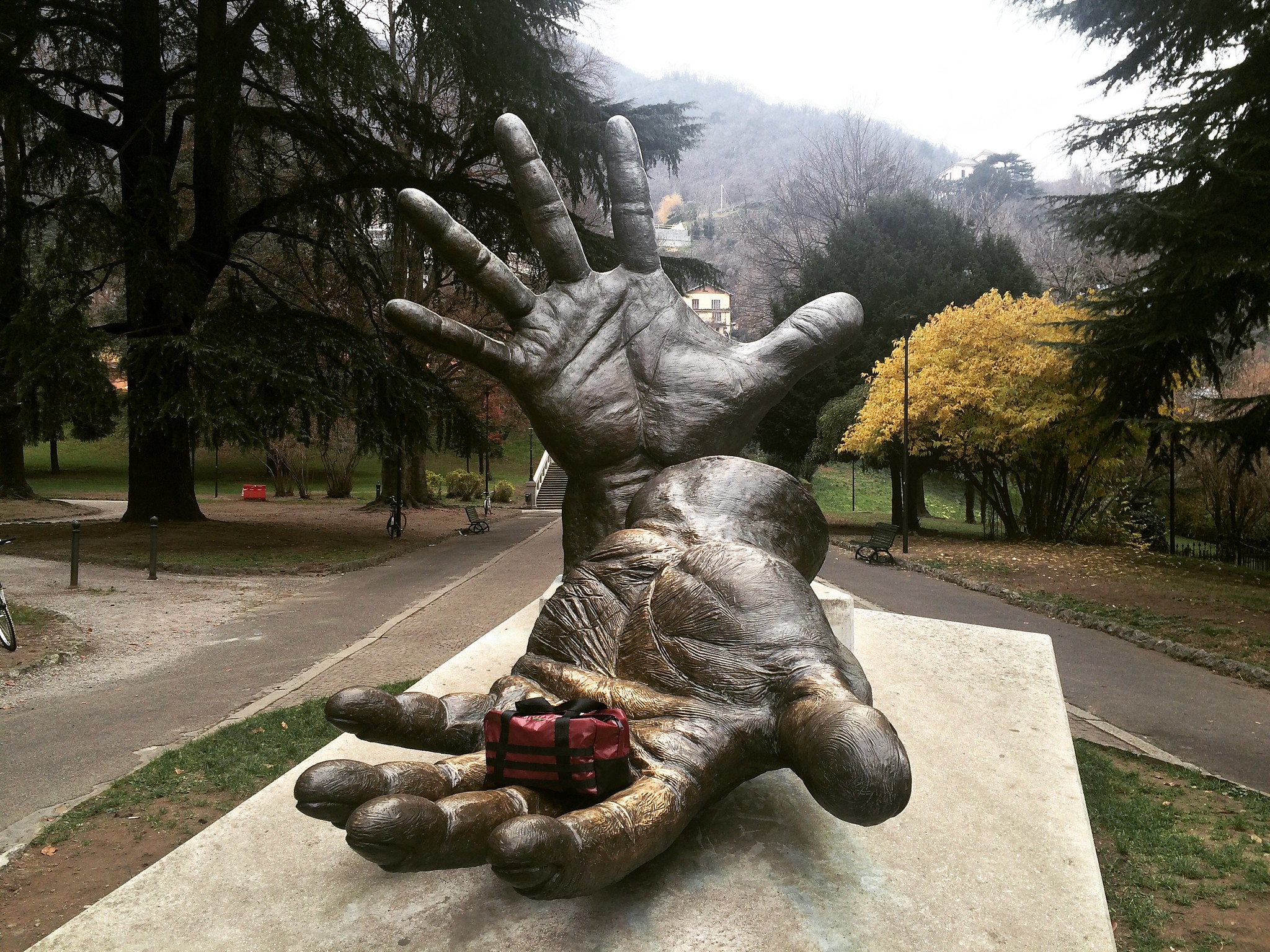 Mine was a birthday present.

Such a great everyday bag! Tough as. I’ll keep it forever. Would love a duffle. I don’t know him well, but I know for sure that Dave is a totally great guy. I’m sure whatever he does next will also be excellent.

My first was a Dub messenger bag, which I sold to get a Bullpup and a Paper Monkey, which made a great nappy bag for my wife and I. I also managed to snag one of the super rare Pushies Galore musettes.
Also had pedal straps and still have a couple of jersey pocket pouches and shrappers. Also, there’s a couple in Canberra with some of the very earliest messenger bags, with awesome fluoro BO Gear logos in colours inverted to the other’s bag.

I first got onto BO Gear in 2012 when I sent Dave a whole lot of emails as I was pretty chained to my messenger bag and the way it worked - Dave suggested the Chunky Toad which he sent me a tester for. I liked the chunky toad but thought that it was way too big for my needs. It was big enough to fit all of my ice hockey gear though.

A while later Dave sent me a tester bag of an upcoming range that he had been working on. I put it through some testing on hikes with the wife and was able to send Dave some feedback on my findings on the bag which was included in the final run and also made their way into other bags (little velcro tabs for tying up the loose webbing on itself so you aren’t left with dangling straps) - The Shrinkage was born!

I soon after ordered a black one with a red interior with added drink bottle holders on the side. Here began my man crush on Dave and BO Gear.

I used the Shrinkage for some time for commuting, travel, hikes etc. It was plenty big for everything I wanted but once Dave released the Spare Camel… i knew me gusta have!

So again began the process of me sending emails to Dave, to try and dig deep into his head and extract the best from the bag. He developed a cool little pocket for one of my knives and a pen that I carry with me all the time, it worked really well and I am sure it caused Dave some headaches!

This bag got handed on to Seb here which I am sure he uses it a lot!

I fell in love with the Black and Gold look and ordered another Spare Camel to replace the grey one. This one will be with me forever.

I also grabbed a Dufflay which goes with me on weekenders etc. Again I wanted something extra with the bag so I asked them if I could work in a bungee cord section into the opposite side of the webbing. They made it happen and it has turned out to be a bloody handy upgrade!

Apart from these bags, I have

And also this really cool limited edition Pushies Galore Tote that we have used in various hikes and it was with me the first day I got my Kumo.

I wish Dave and the BO Gear family all the best in the future - they have built a product that will keep people carrying for a very long time. My only disappointment, not meeting Dave in person. One day.

Yeah they’re alright I got a couple bits and pieces, no big deal though

Chunky Toad from the first run when they came out. Still good as new after many, many commutes and adventures, still used regularly. Here’s a fave pick from when I schlepped my snowboard up to Keppels Hut a couple years ago : 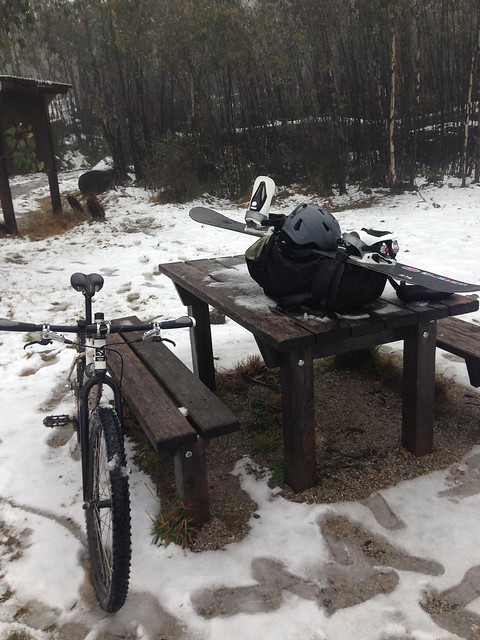 And another from last weekend when I cycled/hiked up to Westons Hut : 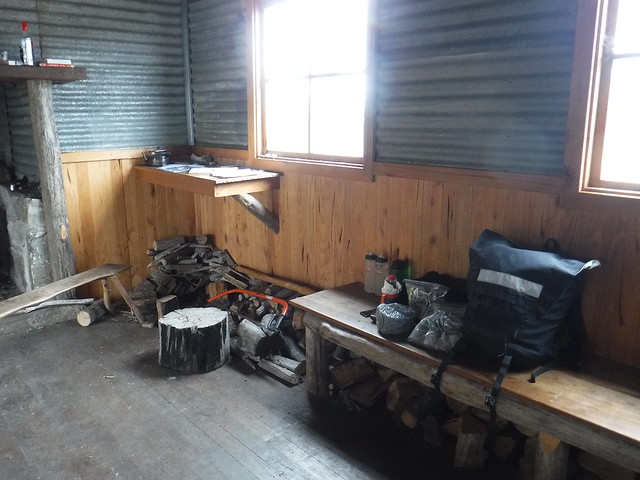 Neither of those are great shots of the bag because, as usual, it was just doing what it does, getting the job done without getting in the way. Cheers Dave!

Same here, think I sold mine to Rod? Kinda wish I’d bought a custom bullpup, but I actually never need to use a backpack.

Waiting for Liam to chime in.

you did, then I sold them to…Cam I think?

I also bought a tool roll, but no pics of it.

BoGear has been a key element in mine and others work gear used and abused day-in and day-out. Got my third bag shortly after I started messengering. Dave is always a good mate to talk to. Known him a few years, but only met him in person the once, but it always felt like we’d been mates for ages. (This last bit wasn’t meant to read like an obituary)

Andre shortly before he left.

you did, then I sold them to…Cam I think?

I also bought a tool roll, but no pics of it.

ive got a few bits from bogear. i’ll post them up when i get home tonight.

Won at the Show n Shine - actually really handy for cards and money that can slide into a jersey pocket.

I have a bunch of Bogear stuff. Will post a picture when I find them all, but this is a brief history of them all:

There are probably more. I use bags all the times and these are hands down the best, most well designed and personable company I have ever dealt with. Dave is a fucking legend and this shows through in his products, I cant count how many people comment on the bags, ask where they are from, and comment on the design and appearance being excellent.

Excited to see what’s next!

Dave is a dead set legend.

I’ll post up some of the great BOGear stuff I’ve been delighted to use.

His ability to come up with excellent features and convert ideas (sometimes crazy) into workable concepts/colourways/etc and to do it in a humble and friendly way is what makes me firmly believe he will continue to find success in whatever is next.

…also if anyone has a black donkey laying about. Please let me know!

Does anybody know what is happening next? I missed out on the whole BOGear thing, but given the rave reviews from all of you I am keen to follow what the next project is…