I bought a few old frames with the intention of rebuilding them for friends. One of the frames was a 54 and the other is around a 56 / 57. I first put everything onto the smaller frame as I wanted to see how it would fit. I was confident it was an english BB as the drive side was reverse threaded. 68mm cup. Happy days.

I noticed when I was installing the bottom bracket, the drive side took a little convincing to get in. It actually sounded and felt like it was grinding metal. The left side went in a little tight at first, but then was easy enough. At this stage I already thought I had stuffed the bottom bracket.

When I went to take the BB out and move it into the larger frame, the thread on the right side is completley stuffed. IE, there is no more thread. (I might take a picture later on today and put it up.) I am amazed I got it out actually. Slightly disheartend, I started to read about the different BB types. I read about Raleigh BB’s and discovered they are almost the same as english except for 26TPI vs 24TPI. Sheldon Brown has a picture of the BB cup, which looked remarkably like the one I took off both of these frames.

Many younger mechanics are unfamiliar with some of the idiosyncrasies of English-made 3-speed bikes of the '50's, '60's and '70's. Nevertheless, there are a great number of them still on the road, because they were built to last, and they still come...

But I got a little confused when it was suggesting that it also used 26TPI on their headsets as well. I didn’t have any issues with the headset.

Am I missing something here? Do I need to find a different BB for both of these bikes?

Also, is it possible to replace the cups on a BB? The BB that is stuffed is a Powerspline (Truvative).

A common repair in Steel frames was to replace the bottom bracket threads. Used to cut, ream it out, then braze in a replacement BB with the threads,
The other thing you can try is an old Mavic bottom bracket mod 616?- they slot into the shell and use a lockring either side to fit it (so the frame thread is irrelevant)- The good thing about them is you can easily adjust the offset of the axle just using the lockrings.

No, it isn’t a Peugeot. Not sure what it is. It was red with a Cannondale sticker on the down tube, but it looks like it was painted red from being light blue, and I don’t think it was a Cannondale.

Might do a little more research and see what I can find.

Cheers for the help guys. 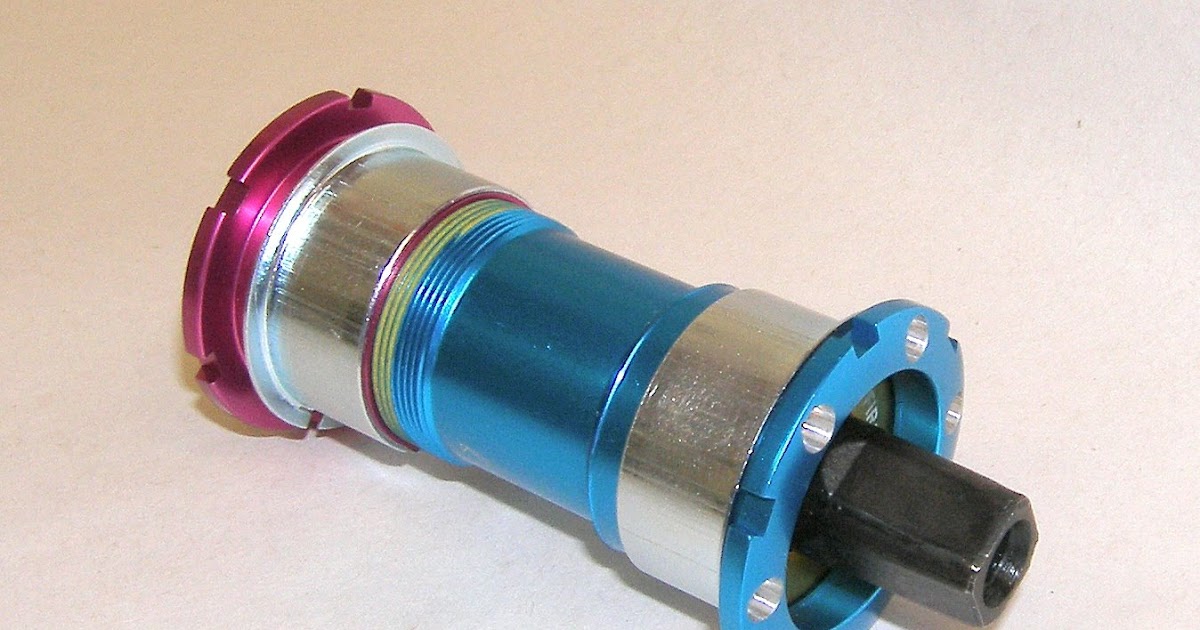 I recently mentioned a new threadless BB design I saw in Taiwan. Much to my surprise a sample arrived today. Usually development on product...

They are rare and expensive. You should use the Mavic BB chamfering tool before installing it (likely to loosen otherwise). I have the only one in QLD and I don’t loan it.

The VO BB looks a better choice for you.

Thanks for that - my guess would be it will be the easier of the two. Will watch that space like a hawk.

Isn’t there also a press fit square taper bottom bracket you can use when threads are buggered? There was a post on this a while ago which linked to the BB but can’t find it now.

I ended up having the BB re-tapped. It was the cheapest / quickest solution. All problems sorted.

I am sure it will weaken the thread a little, but it won’t be enough to cause issues.

Thanks for your help all the same.

They are rare and expensive.

I bought one of these from Bicycle Recycle for $20 or $30, should have held onto it but sold it on with my old frame. Seemed to be a really versatile/handy bottom bracket. And no Mavic BB chamfering tool was requird to install it, it never loosened.

I bought one of these from Bicycle Recycle for $20 or $30, should have held onto it but sold it on with my old frame. Seemed to be a really versatile/handy bottom bracket. And no Mavic BB chamfering tool was requird to install it, it never loosened.

Congratulations, people do all sorts of things that manufacturers specifically advise against and have no problems. You are one of them.