A gallery of nice bikes that are f!@#*d up | LFGSS

we should start one of these... and no i can't be arsed to use the fucking search ...so if there is one already just delete me. i thought it'd be great to see bent framed nagasawas, snapped pinarellos...see bikes that i can't afford but...

Does this make you feel queasy?

http://4.bp.blogspot.com/_V54WWNeyyp4/SvITXkoR6CI/AAAAAAAAB68/2vXiAbAgHko/s400/noname-2.jpg
This one’s my favorite. Its just comical.

i think this is the best effort 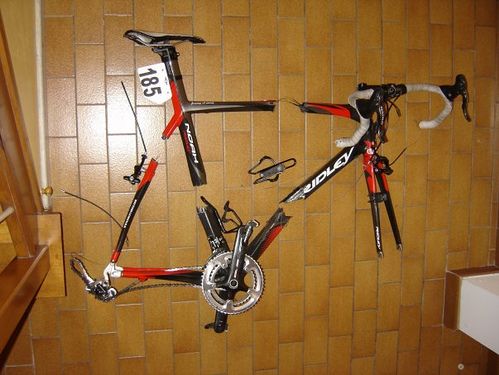 if only I still had pics of my mitchell frame after being hit at 60kms. snapped in a similar fashion to yours gypsy.

What happened to you? :-o

T’was my best mate.
He luckily enough got flung to the side of the limo/road and the bike was sucked under the limo. Mass gravel rash and luckily no broken bones.

jesus that sounds insanely lucky compared the aftermath of the bike