Mrs. Spirito’s bike has had new-ish cranks fitted with New Athena (grey/bronze) external BB cups. It’s so far had one wash, mostly dry miles (low load) and is clicking after only 1500 or km’s? Is this unusual? I haven’t had a look at it yet but it does seem to have a click/creak at the same spot on every revolution on the left (non-drive side arm). Will look at it over the weekend but I thought I’d ask the beardorati here if it sounds like a common sympton similar to the link below (requiring spacers to the non-drive side to take about some shell width discrepancy) ?

This is embarrassing, I was hoping to switch my good lady’s bike over to tutto Campagnolo but she’s starting to doubt the passione thing.

There’s some good reading on this over at weight weenie,
There’s a few things it can be,

Are the bb faces perfectly faced?
You can check by running some verniers around at a few places,
Not just plumb but over all dimensions so is the bb width the same at top, bottom, and sides.

Next is with the cups installed if bb is perfect,
What does it measure from the inside surface to inside surface, and does this equall what Campag specifies for Athena.

The spacer technique was squashed over on ww but that was using pf30 cups I think.

Oh and are they Athena cranks and matching cups and are the cups threaded or press fit?

I’ve had a set of UT cranks on my singlespeed for about 4 years now, never pulled the cranks, ridden in all weather and they’re still smooth and silent. Maybe mine’s the exception.

Did you use the special installation tool? 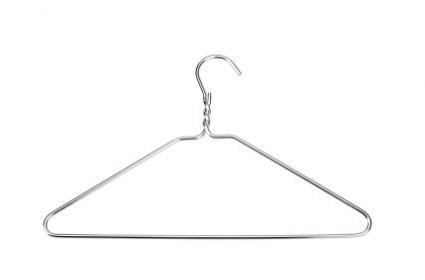 Beat me to it!

SK has typed about this I think from memory, anyway when I used BB30 with ultra torque after about the same k’s they started to be noisy, something about the thread not being deep enough, I’m currently going back to record external cups on some new cranks, hoping they will stay silent.

Has the BB cups just worked loose a bit?

Semi-related, my Miche cartridge BB started creaking when one of the cups was a touch loose. Once tightened, it disappeared. I know it’s not the same type of BB, but could be a possibility.

I ride Shimano, so I have nothing to offer, though I will take “Beardorati”, as a word that needs to be spread about.

Been riding UT Centaur for about 2 years in all weather.
Wife’s bike has UT Centaur from new (about 4 years) and has never creaked otherwise it would have been reported to me.

Ugh … my mistake, different nomenclature … what I have is PowerTorque Athena and a Power Torque ext. BB cup set.

I’ll pull it all off/out and check the shell width is within recommended range, clean up the threads and check the faces are correct (I doubt very much that’s the issue). Then I’ll re-install again to spec.

Only clicks on the left crank, same spot every revolution.

Used cranks but very low mile, new cups, bearings are sound (or were when installed). I’ve done a few of these and never had any issue … of course for the Mrs.’ bike something ain’t right.

And these are the Power Torque cups I have fitted (which are correct for the Athena cranks).

When it was under load I could see my cup moving in the bb but that’s a pf30 issue.

This is the first I have heard of it on threaded.

Have had a similar issue on my bike twice…
Had the cranks installed i guess about 3 years ago, had some creaking/clicking on left crank after about 2 years.
Took it to the lbs who said he replaced the bearings and had silent riding till about 2 months ago when the noises came back and was happening each pedal turn only on the nds

Got the cranks / cups pulled again and this time they were just cleaned up and reinstalled. No noises so far but wouldn’t be surprised if it happens again soon. I’d say those wavey washer things get squished / wear and you end up with lateral movement.
Just found the old invoice for the cranks, they’re centaur ultra-torque, my other bike has centaur power-torque and haven’t had an issue (yet) - have ridden a couple thousand kms since may with those

Haha … No, but I have a crank-bearing puller that I use for these and so far it’s worked quite well.

I ran Power Torque on my steel roady and never had any noises or problems.

I ran Power Torque on my steel roady and never had any noises or problems.

Same ran the same cranks on a steel and alu bike with new BB’s both times (eng/ital) and no dramas. I’m thinking a loose cup.

Or maybe something weird with the circlip??

Remove it and see if the sound continues.

Campagnolo recommends using Loctite 222 instead of grease when installing UT cups into a frame to avoid over torqing (the cups are supposed to be fitted largely by hand and then lightly tightened with the correct tool letting the Loctite compensate for the low torque).

If fitted incorrectly Campagnolo claim the cups will not be sitting as designed and can cause premature wear to the bearings and possible noises etc. while riding.

I’m sure that fitting the cups with grease may not be the cause of your problem although its often a good idea to correctly follow manufacturers instructions to ensure products work as designed.

You are so right here Blakey power torque / power shift is dog shit.