I was going to complain about cycling purists being such wankers about every new fixie brand that is popping up, and all of the fixie hipsters around, but I just realized, the internet is made for this! So I just wanted to have my say, I am really tired of cyclists hating on the lower end of the market, chappelli, potential of hydrogen, mojo etc. These brands are clearly marketed towards people who don’t really give a fuck about what the best parts are, and just want to ride about for some fun, because it IS actually fun! If a lot of the cycling purists stopped being such snobby wankers they would remember how fun it is!

At the end of the day, isn’t it better to have a bigger community of fellow riders, and less cars on the road?

I dunno, I enjoy being a wanker.

I don’t think anyone has a grudge against bikes for the lower end of the market, it’s when they pretend their bikes are something special, or when ‘colourways’ are the most important decision a customer has to make with total disregard for durability and safety. Cell, KHS, Visp, are just a few that have had plenty of support on these forums.

At the end of the day, isn’t it better to have a bigger community of fellow riders, and less cars on the road?

100% Yes, but not when the bike is a disincentive to riding. You get people on a terrible bike, their riding experience is bad, they stop riding. Cases in point: (1) Industrie ‘fixies’ that were cashing in on a trend, and (2) the 2010 Ikea xmas gift to employees.

The counterpoint to this is Cell Bikes. They’re not that expensive, they don’t have that much cache, but they’re (almost all, perhaps one had starz wheels?) quality frames with solid parts, backed up with good customer service. I wouldn’t ride one, but I’d recommend them to someone starting out.

But its NOT fun riding a shit bike that breaks all the time and feels like crap. And many companies DO take advantage of people by selling them a giant turd with a shiny paint job and a bow.
[shit - too slow. Just re-read Blakey’s post]

Take the rise and rise of cafes in Sydney and Melbourne… Boutique cafe’s are awesome while they focus on quality. But as soon as large commercial enterprise gets in on the act and it becomes all about the bottom line, it becomes ten times harder to convince people it is worth paying for quality coffee. This leaves people who have never experienced really good coffee thinking that all black coffee is bitter and tastes like dirt, and that a ginormous caramel latte from Gloria Jeans is as good as it gets.

I couldn’t care less about people wanting to ride ‘cheap’ bikes, not everyone has an interest in cycling like others do or even the money to waste $400 on a set of Phil Wood hubs.
The issues is these bikes that are coming in at the lower ranks of cycling are utter shit. The fact that they are sold online only or in ‘fashion’ stores, instead of bike shops is evident of how garbage these things are. How is someone going to get a good introduction to cycling if their bike is sold by some hipster who knows sweet fuck all about their product, can’t provide them aftermarket support and doesn’t even sell helmets and locks in the shop. Where do you take the bike for their first service, where do you go when you have questions about why your ass is sore and your dick is numb?! Who is going to provide warranty or after market sales support for this things a year or two down the track when glue is selling dune buggies instead of ‘fixies’?!

where do you go when you have questions about why your ass is sore and your dick is numb?! !

Have been asking this question my whole life.

Have been asking this question my whole life.

I knew that sentence would always come out sounding strange!

I think Moccos summed it up pretty well. 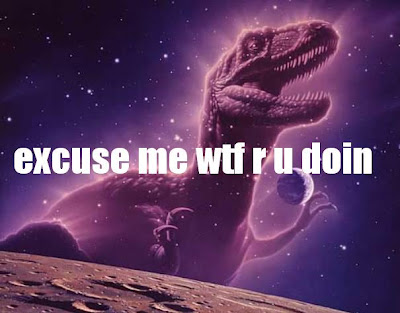 a year or two down the track when glue is selling dune buggies instead of ‘fixies’?!

i look forward to this day, but mainly because i’ve always wanted a dune buggy and could never work out who sold them. plus… can you imagine the sight of brunswick st/chapel st/etc with lots of dune buggies going up and down them?

These brands are clearly marketed towards people who don’t really give a fuck about what the best parts are, and just want to ride about for some fun, because it IS actually fun!

No, they’re marketed to people who don’t know what good parts are and are looking for the latest fashion accessory.

At the end of the day, isn’t it better to have a bigger community of fellow riders

There is no community. Some people ride bikes, some don’t. People that do ride, ride for very different reasons. More people riding bikes does not equal community.

There are some really good points all through there, it has certainly given me a new perspective, I do agree with a lot of the things said! And of course, disagree on a few… Thanks for the input people!

now you’ve had your input, can someone ban this cumfart?

now you’ve had your input, can someone ban this cumfart?

That’s right, I had my input, that is what forums are about… Kindly go and fuck yourself you pretentious ₪₪₪₪

LOL, i ride a bike that cost $400 less than a POH. and being personally aggressive on this forum is definitely gon get ya banned

i know you’re an employee/owner/whatever of POH, so kindly go and fuck yourself and buy ad space if you want advertising on the site