This thing is amazing

Hey Nik, doesn’t one of your BC friends have a crazy Cyclops? Worth the $, goddamn that’s nice.

The BIN works out at just over a grand AU. Great buying!

oh my dude, birthday present to yourself!!

Hey Nik, doesn’t one of your BC friends have a crazy Cyclops?

yes. id need to have a dig to find some shots.

i have passed up a couple over time… he made a bunch of really simple, but hardy track frames. i knew a couple of messengers who rode them all-year round and they help up well.

i just realised he is from m’lady’s adopted hometown as well.

It’s so rad! way too big for me but I’m going round to check it out this weekend.

seriously if any of you NZ guys can check it out with a tape mesuare and get back to me on it’s exact size i would be keen, esspecially if some one wants the parts im really just after the frame and fork

Boom nacnuds a good guy im sure you guys could come to a good deal.
It is so ott.

I want this one though. 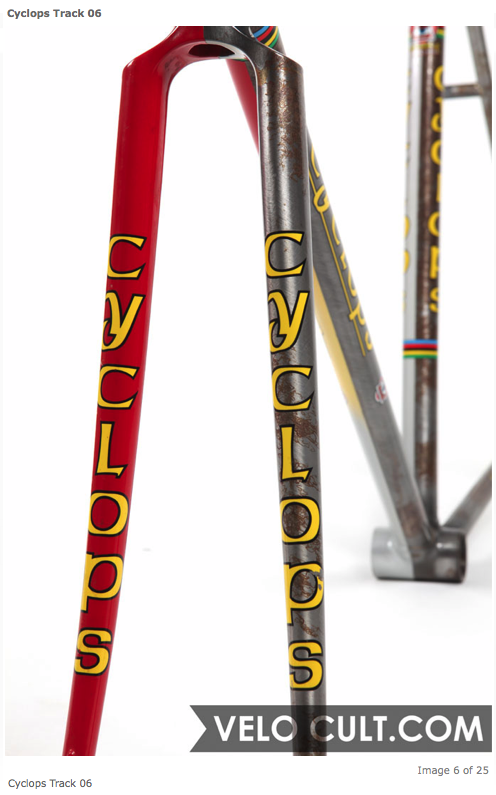 Frame and fork now on Ebay

If only Father Christmas existed