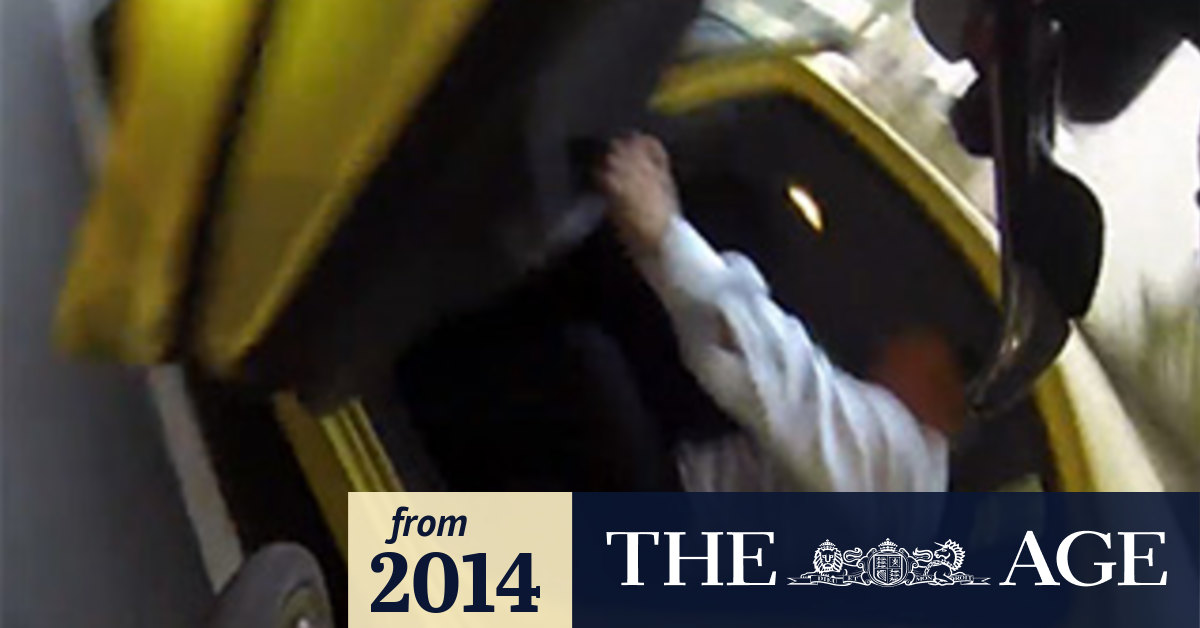 Police urged to charge passenger after cyclist car-doored in CBD

Victoria Police are being urged to investigate a collision in Melbourne's CBD involving a cyclist and a man who opened the passenger-side door of a taxi into the rider's path.

front page of The Age, see ya nimrods.

See you in court fuckers

been following this on BNA, armholes to the max

This is going to turn into a total witch hunt. I bet you they’re real estate agents.

Fuckin suit wear all law knowing wankers! I sincerely hope they are taken to court by the police over this!

the lines are open:

These polls are not scientific and reflect the opinion only of visitors who have chosen to participate.

At a minimum this guy should get a fine. If the police take no action on this it’s disgraceful.

I can see this being a bit of a precedent tipping-point. Well I hope anyway. Fat fucks.

Their arrogance is what gets me. How they were in the right and she was in the wrong and how cyclists are blah blah blah.

I’m impressed by how calmly she handled that. Legalities aside, the fucking arrogance and total disregard for her well-being. Hope you enjoyed your long lunch… arseholes

And the cabbie for leaving the scene of an accident?
This makes my blood boil.

^ The cab driver stopped in a safe place around the corner and helped the cyclist and police with information.

The problem here is the ambiguity in the Collins St bike lane. A big green clearly marked bike lane filters into that little tiny section, which remains a bike lane, but is fucking narrow and poorly marked. I don’t see this footage will help all that much because all the armholes who hate cylists will argue it’s not a bike lane while all the cyclists will argue the opposite.

Not far from here I once calmly asked a van driver to not walk right into the bike lane and open his door, blocking the lane and forcing the cyclist in front of me to swerve into traffic. He looked at the road, didn’t see green, then wanted to punch me in the face.

Apparently he cooperated? It thanks him in the YouTube info thing.

^^ What does it matter if it’s a bike lane or not? Aren’t we allowed to ride on the road either way?