After browsing through all the images, this lovely bike caught my eye: oh how i loled

I will not be ‘google imaging’ that from work.

I will not be ‘google imaging’ that from work.

Yes, I shudder to think what the translation might be lol! Is the front wheel bigger than 700c and the rear smaller?
Post link to photos please. 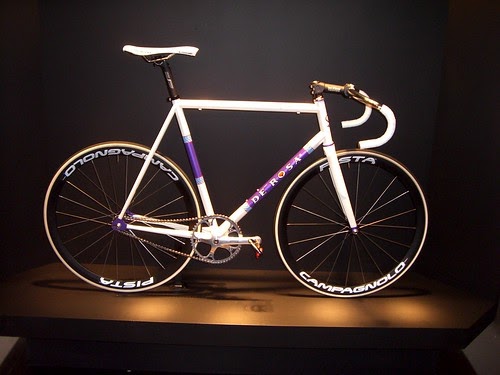 Going through more pics from Eurobike 2009 I discovered little more niceness than I initially did yesterday. Especially the De Rosa Pista...

electra are bringin back the dt shifters…

electra are bringin back the dt shifters…

Now if only it was that mink colour that the Raleigh Professional came in it’d be perfect.

i’m going through the core77 gallery, i’ll post up stuff i like/don’t like. sort the wheat from the chaff… seeing as this thread is already image heavy.

If that’s an ad for lubrication, it could apply to both parties…

So you wouldn’t get ticketed for not having a bell then?

Also, that bike had so much promise. Until I saw a profile shot:

Hybrid Bicycles - Electra Ticino - A Beautiful Porteur Homage! (EYE CANDY!) - ] Electra has outdone itself... this is a beautiful porteur homage.... I think it rivals a Rene Herse or Alex Singer in its styling, selection of high end components and...

The components on the bike however, win!
High flange cassette hubs, TA style & BCD cranks but with ramped/pinned rings, racks, fenders… all made by or specifically for Electra, and will be available separately later on.

Nice French bend to the fork too.