Are you able to get fixed bmx wheels ? i am new to the fixed / single speed thing and havent quite got my head around the wheels issue

The thought of lacing a fixed rear hub to a bmx rim initually pops to mind, but as track rear spacing is 120mm and bmx is 110mm I think you’d struggle to fit it in the dropouts, unless you want to spread apart the rear stays…

How does popularity factor into it??

that said if you’ve got a shitty bmx rim i reckon you could remove the cassette freehub and just slap a fixed gear cog on - think its the same thread. Then just solder it all up as a lockring isn’t going to work for you.

EDIT: An easier way to secure it would be araldite or some people have used loctite with success

a fixed bmx is insane, reckon it be a pain in the ass to ride it around. however there is always a first for everything… :roll:

oops, i had no idea, my bad

The third one is so wrong on so many different levels… What were they thinking with those bars?

That second one is rad!

Hi, I have had a fixed bmx for a while now,
I found an excersise bike at the tip and it had track cranks and a fixed wheel.
The wheel was 20" and had a 16 tooth cog and lockring.
So I put it on my bmx and took off the brakes. Its quite fun to skid with because it has a solid rubber tyre but extremely uncomfortable to ride and has been sitting in the garage for while now.

the first example given is a flatland bmx, world famous rider Chase gouin was renowned for mucking around on a fixed wheel bmx, trashed all the current fixie trick riders, did all that back wheel spinny stuff before anyone else. 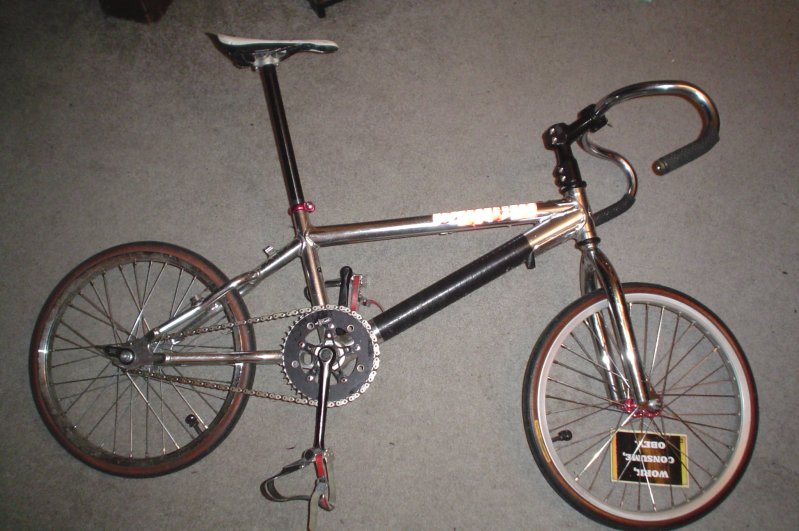 Like my Dad always said, “A pig with lipstick is still a pig”