Can’t wait for Oz v. Chile, will be a craker of a game. Thrilled at Ange’s push for youth (and the FFA’s backing).
And will be equally excited to watch Bosnia at their 1st ever WC.

Just watched the Brazil-Croatia game in a random bar in Sao Paolo.

Got called Gringo all night.

Was all very quite at 0-1 but the fireworks went off when the penalty was awarded.

When the 3rd went in they all admitted the penalty wasn’t really there.

Edit: This should probably be in small joys thread
.

Belguim have been proposed as dark horses, but I can’t see it.

Hazard
Kompany
Vermaelen
Fellaini
Lukaku
Januzaj
That’s a few of the Belgium squad. I’d say a outside chance for sure.

My tenuous link to the Netherlands dates back to the mid-1800s and is a tale of shipwreck, illegal Chinese miners, and powerful legs.
All that’s left is the name and the legs.

My parents both came here a few years prior to my birth from the Netherlands.
But they didn’t know each other until they met in Australia.

Not sure Netherlands will do much this WC

That penalty is everything that I dislike about soccer and I want to like it.
…yeah, I know, I said soccer. That’s how I grew up. 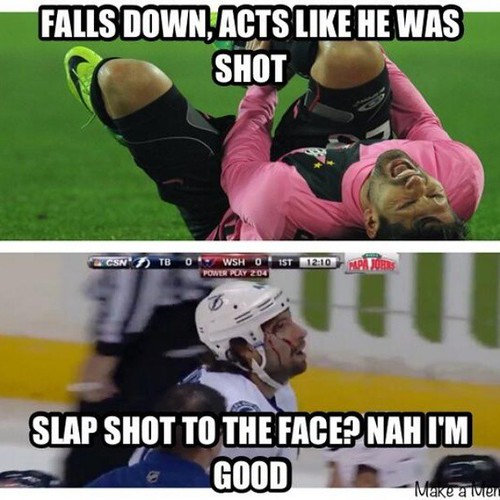 i remember watching the world cup when i lived in scotland (2006) and the diving from portugal etc was so infuriating. haven’t paid much interest since.

ezy, pretty sure a kings player got a penalty in game one against the rangers for “embellishment”…

ezy, pretty sure a kings player got a penalty in game one against the rangers for “embellishment”…

It needs to go in all sports

There is a rule, ‘simulation’ just players don’t get booked for it enough.

was pretty upset with today , would have been nice to get a draw (I’m an “ic”)
pen was soft…and croatia’s 2nd disallowed for a bollocks foul on the keeper
AND the two other brazil goals were soft.
oh well, was a pretty good game all up.

i think brazil will win the whole thing. bra v arg final would be awesome…but i’d guess one of italy/germany/spain will make it…random match ups will tell.

also can we make this a thread without people shitting on soccer? diving happens in every sport. and anyone who thinks a professional athlete is “soft” is an idiot.

Haha, pretty good. Maybe that’s why there are so many more people into soccer than into hockey… they’re in for the DRAMA

also can we make this a thread without people shitting on soccer? diving happens in every sport. and anyone who thinks a professional athlete is “soft” is an idiot.

yes, diving is just relative to how much contact there is in a sport.

Yeah sorry. Didn’t want to pay out the sport. It is the world game. I can’t argue with that.