Could you all please click all the links that now flourish on our little site…cause we all need to raise funds so we can head over to one of these events. SIX DAY RACING…

Just imagine, a few of us head over…crusie around during the day, then take in a couple of coldies while watching the racing at night.

I am keen, and I know I could easily con NDF into coming. Come to think of it, I could even con that crazy boy into racing a six-day with me.

Primz…anychance you would be near any of these to go have a look?

I’ve been thinking for ages it’d be wicked to go watch (or race in) one of these.

rhino yeah i will try and get down to the berlin race. i’ve seen the velodrome here, she’s beautiful.

i’m just trying to rustle up the cash etc for a new track bike (my g/f has taken my bike to the postoffice for shipping three times, and it’s been rejected various times for length weight etc, and she won’t do it again!) here in berlin… maybe in the next couple of months. although the snow will be here soon! the couriers tell me they ride sans brakes in the snow though, so maybe i’ll give it a bash

NDF…are we going or what?

And we will name it…THE SLINGSHOT. 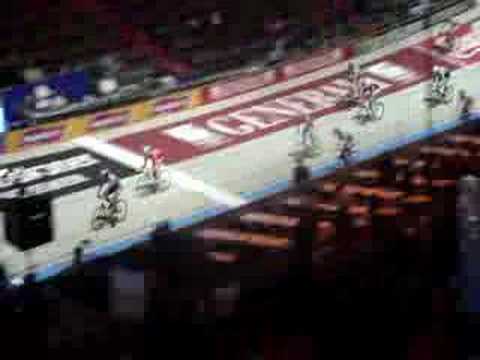