I never really posted this thing up properly, just a pic and a comment… I think I was afraid someone would say something harsh and then I’d have to find where they lived and so on… but after 8 months or so togehter, we are beyond all that
I might make a few changes in the coming months, so good to document this incarnation. 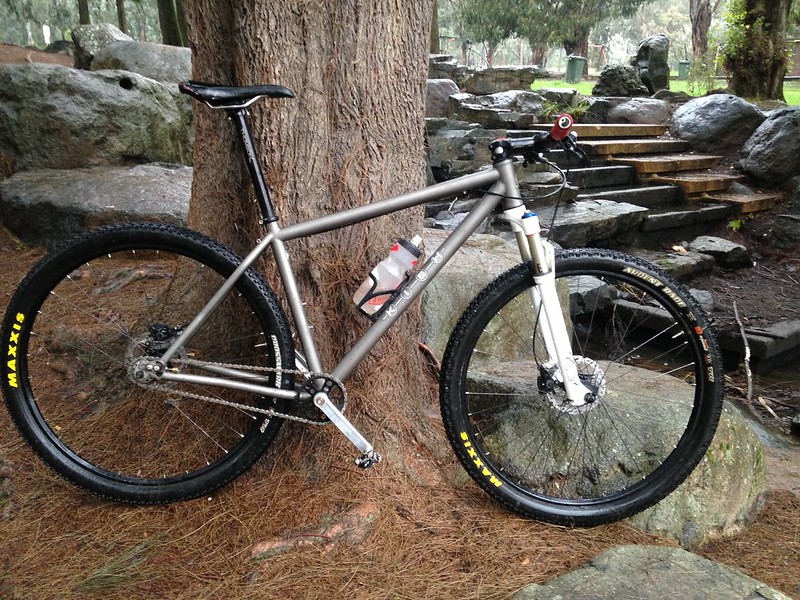 29er fits you perfectly doesn’t it, I can see why taller folk love them.

my my. white forks? looks unreal regardless of my personal taste…

That looks so speedy!

Where is the photo taken?

this is an A+ success.

Aeons, its just beside Lake G, at John Knight park… that little cascade made me stop and take a pic… I’ve never really noticed it before.

Luke, yeah, i dont mind the white fork! Got a couple of spare decal sets in different colours if I change fork colour and want something on the frame to match… I would actually be keen on a trad SID blue fork next.

Got 1 x 10 kit coming for it… I love SS a lot, but there are some rides that I can only do geared and after a month of compaigning for a new geared hardtail I am still struggling to conivnce K… so gears on this. I’m actually really pumped about it.

Very, very nice. Reminds me of my old 29er, but much better.

Rad ride, liking this a lot. Clean and simple.

I love it JP - we need to ride together more.