This is the peg in the last hole of my bike collection for a good while.

A few months ago i sold off a few bikes trying to have some space and also get a road bike that could handle a bit of dirt road action on commutes if the mood took me. I had planned to put a drop bar on frankemuter but then this came up and i couldnt believe my eyes! frame, fork, headset and bb are from old owner, but the rest is new. Rode it to work for the first time today and its everything that i had hoped… ultra stiff rear triangle and nice strong fork that will take a pounding. The thumbie works a treat and the J bar is better than i thought it would be… my hands just keep finding new positions to love.

I’ll get a pair of new rings for it soon (thinking 36/48) and have a new ultegra FD to chuck on when I do. But I couldnt resist putting this up since I’ve been telling a few of you about it for a while now. (Can we get a Ritchey family photo?)

(Can we get a Ritchey family photo?)

Thank you, sir! and yes, that family photo will be lovingly composed and uploaded soon

JP should have his own radio show.

JP, please stop buying things that I would like to have for myself. 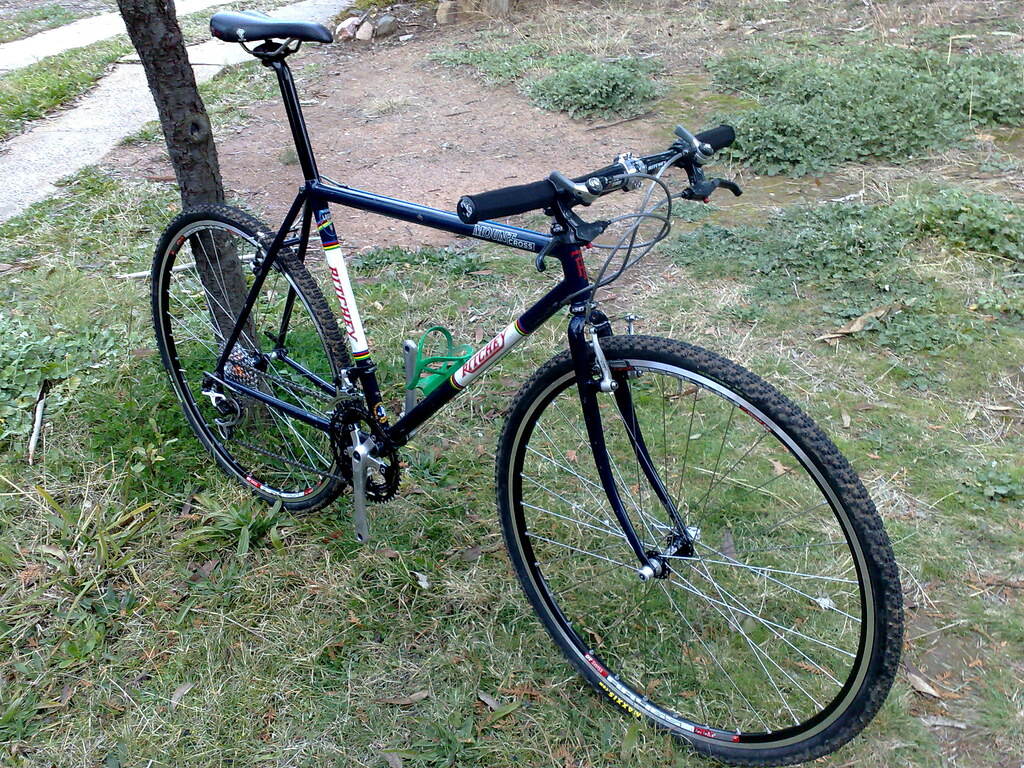 … King wheels are now on the wife’s Kelly.

Now that’s what true love will do for you.

Hey JP - I now have my hardtail up in Canberra with the folks, so I’ll be in touch for a ride weekend shortly (I hope).