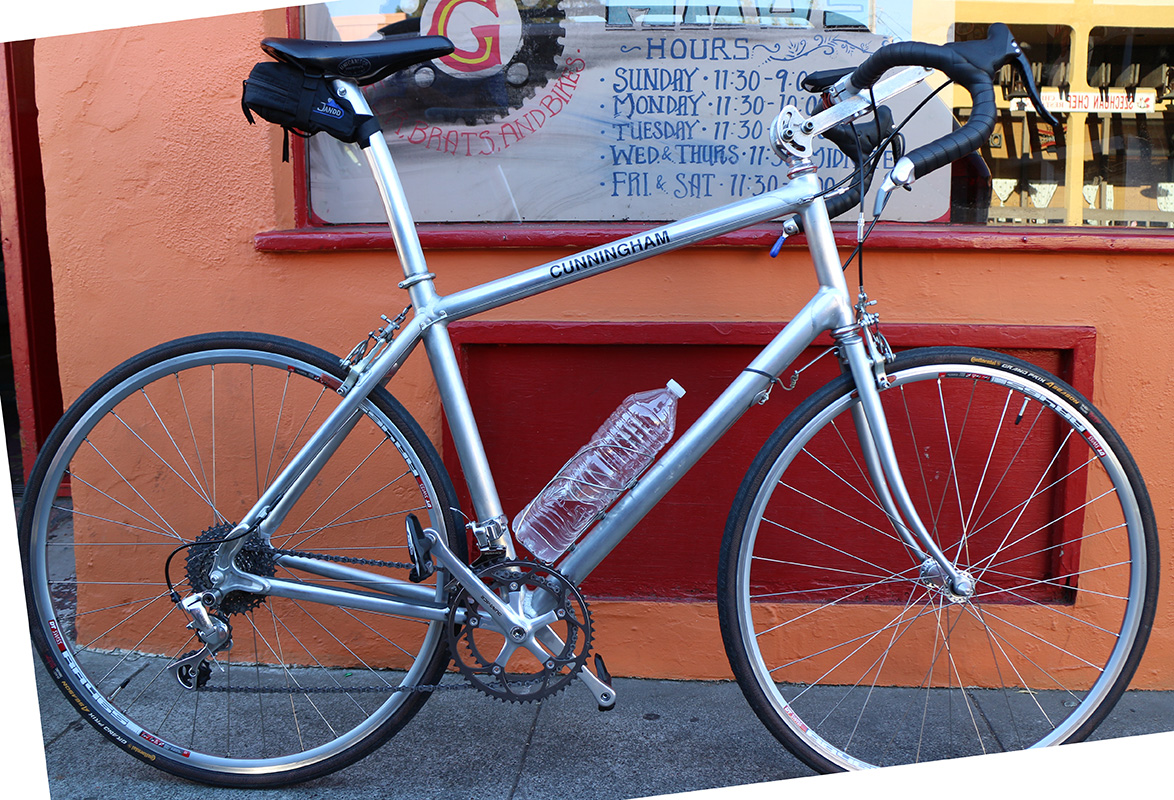 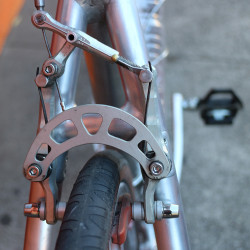 I was just looking at this. I dont know if I like it or not. Some bits look so mind-blowingly awesomely detailed, while some look like a back-alley crackhead decided to put a cable stop on a bike they ‘found’.

Like the link says it’s built by an engineer rather than an artist.
Being an engineer (admittedly one who’s bikes look more like they were assembled by the aformentioend crackhead) i can appreciate it.
sure the bike has an unfinished look to it but why “finish” it if it doesn’t really contribute to the utility.

I think some of the riveted on cable guides, etc. are probably stainless (more wear resistant for a cable guide and stronger for a canti post) which you cant weld to aluminium

Yeah I don’t know what to think, I guess the ultimate bike is one not built by engineers or industrial designers but some what of a compromise of the two.

A compromise of engineer and industrial designer would be a hybrid of me and Scott, what a man that would be!

A compromise of engineer and industrial designer would be a hybrid of me and Scott, what a man that would be!

nicest thing anyone has said about me in, well, ever… #bromance

actually you’d probably just have my calves and then just keep the rest of xcx i suppose?

on topic, more headtube than the AWOL?

I’ve never liked rear-opening dropouts on derailleur bikes. The rest is interesting though.

I’ve always appreciated his work and admired his stuff throughout the years. But the game has changed and functionality and structure of bikes has progressed exponentially in the last decade. They no longer have to be so roughly hewn and ugly. He is barely relevant anymore imo … plenty of builders out there who make bikes that are all this and pretty too.

Cunningham should put down the torch, such poor finished details in today’s bike world can only come across as arrogant. Unless of course he just likes ugly bikes.