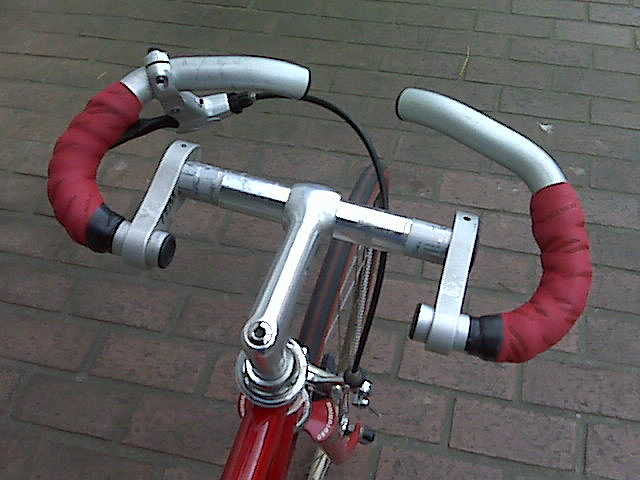 Fuck what a disaster.

" I finally came up with something original!! "

I’ve come up with original things before too. Doesn’t mean they’re any good.

It’s a fine line between stupid and clever.

It’s a fine line between stupid and clever.

Well I’m sure snowflake will defer to David St. Hubbins whose quote it is…

There’s not a hand position on those bars that you couldn’t get on a normal set of drops. What a tit. He said those bars were banned from racing, if not for being ugly as sin, probably because they are unsafe.

I thought I’d seen these before…

So here’s the riser version! Apparently this guy on velospace calls them “mantis” bars.

They have the advantage that they’re fully customisable, in that you can put them together however they suit you. Buuuuuut… I can see precious few ways that you could set them up that wouldn’t be the same as using drops…

thats up there with the shittest bikes i have ever seen.

They are supposed to go on a set of drops, near the stem and function as a small pair of tri bars by resting your forearms on the flat of the drops.

I think Scott was the first to make them, along with several other different bar designs which never really took off: 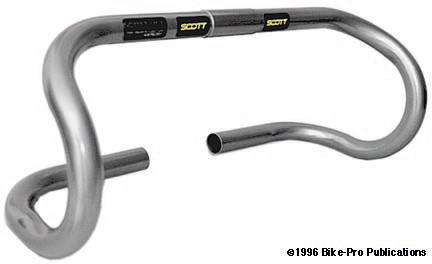 They look like Cinelli Spinaci bar extensions (or maybe the BBB knockoff version), which were supposed to give a more aero cruising position. They were banned by the UCI for mass start races because they were deemed unsafe. I had a pair at one stage, they were shit.

And if you try, you will only get shit on your hands.

And if you try, you will only get shit on your hands.

Pony is correct - But mythbusters proved you can literally polish a turd.

for anyone interested, you can buy them here:
http://cgi.ebay.com.au/Cinelli-Bars_W0QQitemZ260537168739QQcmdZViewItemQQptZAU_Sport_Cycling_Parts?hash=item3ca939b363

reminds me of the the “antler” photos that come up on bsnyc occasionally, they are piss funny

OMFG - This thread is still going!