I’d like to take my 3-year old on an overnight ride this long weekend. I’ll have the baby seat on the back, panniers on the front.

Ideally I’d like a relatively flat rail trail (or otherwise a barely used backroad) up to 50km, at the end of which I can find a nice bush-setting campsite. Off-road is fine, even preferred. Happy to drive somewhere to start.

I was thinking the Warburton rail trail, but the only campsite I know in Warburton is the holiday park - not really what I’m looking for. Grampians is out because burnt. Bright is too far to drive (and heading up there in 3 weeks anyway).

PM user x-campbell, he has the info you need, because he is the CTO of the rad-dads club and adventure touring society.

Stop off at Bullant Brewery in Bruthen and a couple of wineries if you’ve got the time. Most of the ride is through state forest and there are campsites along the way.

PM user x-campbell, he has the info you need, because he is the CTO of the rad-dads club and adventure touring society.

Definite option, thanks. The link up with the Lakes Discovery Trail to Lakes Entrance looks good too - seems to be a decent, shady and free bush campsite at Log Crossing.

train ride to tallarook, ride to molesworth on this thing 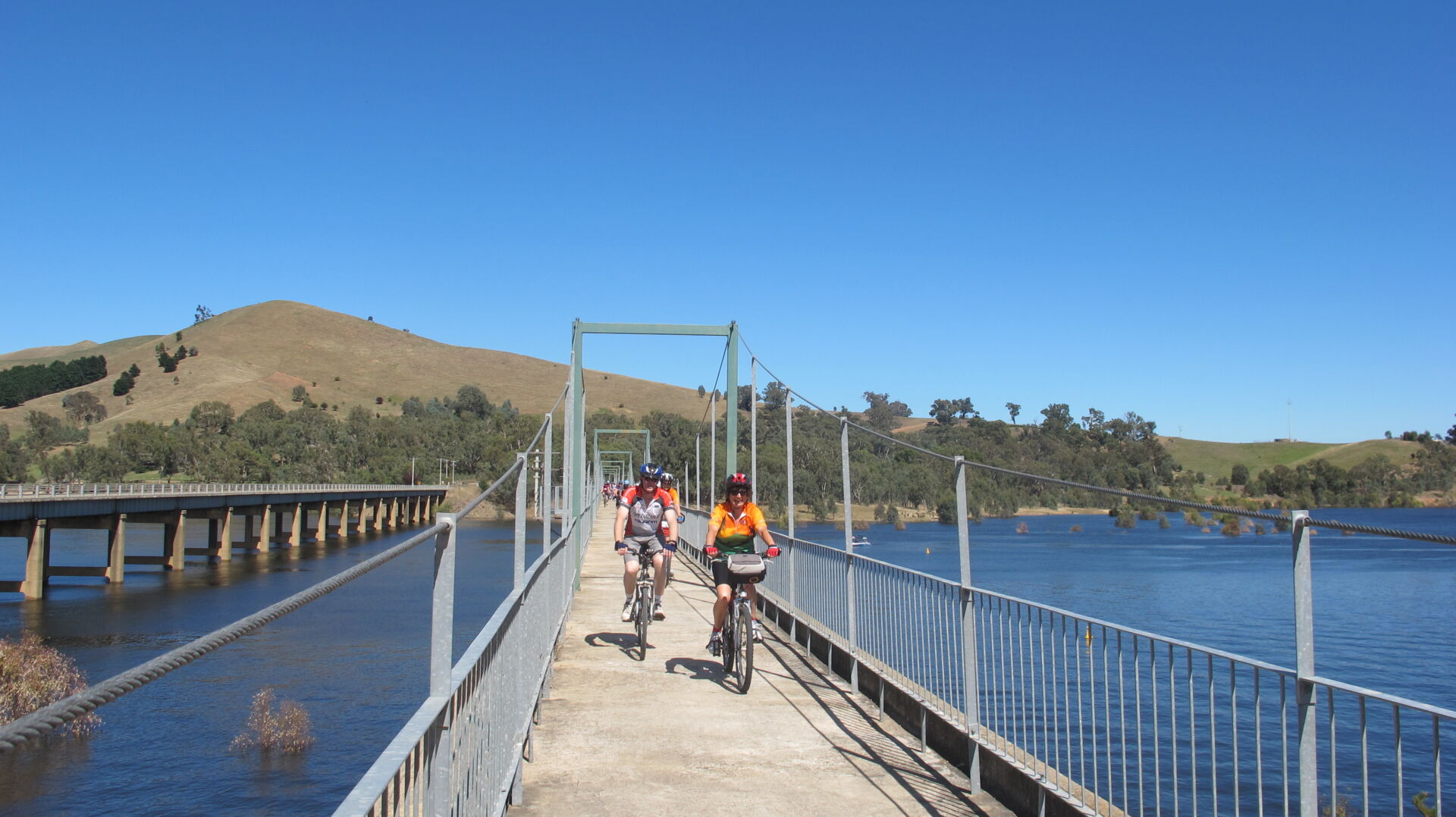 probably not super country camping, but there might be some other options along there. The 75mins train ride from southern cross and ride straight from the station make it a good way to go, I reckon.

Another option - thanks. Looks like there is a campsite near Alexandra (Brooks Cutting Reserve), making it about 70km each day - maybe slightly too far first time out, but a good option for the next trip if she likes it.

(BTW this website is pretty good at finding places to camp: Find a Campsite - Camping in Australia)

Ending up riding part of the East Gippsland trail, starting at Bairnsdale then linking with the Lakes Discovery trail, which intersects with the main trail about 10km after Bruthen. About 55km each day.

Gippsland trail was alright, but Bairnsdale to Bruthen is mostly farmland, not much bush. After Bruthen it gets nicer. Lakes Discovery trail was really nice - through forest the whole way, a bit of up and down with some steep sections, track a fair bit rougher. Next time I’d drive to Bruthen to start.

Camped at Log Crossing, which is about 10km down the Discovery trail. No water, which means another 15km ride trip to Lakes Entrance. Also pretty dirty and packed with drinking bogans. Given the lack of water I’d actually recommend skipping it and bush camping somewhere further up the trail (pack a poo digger). Just saw this, good on you for getting out there. Lakes Discovery trail looks beautiful (assuming that’s part of it in the photo)! Hope the little guy enjoyed himself!

Can we get a ride report from the 3 year olds perspective please?

can we get a ride report from the 3 year olds perspective please?

Can we get a ride report from the 3 year olds perspective please?

Haha, she loved it. Played lots of games - eg, mum is a witch/monster/giant who can’t catch us; I-spy games; knock-knock joke games on my back. Seat instead of trailer is good like that - can talk the whole way.

But since as soon as she could hold her head up we’ve had her in a baby carrier backpack for multi-day hikes, etc, so she’s pretty used to long days in the bush.