Pick up only in south Australia.

Need some of these then.

And the listing has been removed…

And the listing has been removed…

It was in yesterday’s paper. The listing was removed because it could cause trauma to the victims families, but the real estate agent claimed it was a legit property transaction and that the DVD’s of “Snowtown” should also be removed from sale on eBay because they could cause grief for the families. They’re trying to get it re-listed.

And its up again:

The real estates page is pretty interesting. Just all the media links on there…

a proper barrel of laughs

i always wondered which genius decided to dispose of the chopped up bodies in a place where they would definitely be found. i dont think it would be that hard to dispose of a body if it was all chopped up, put it in a mincer if you have to! 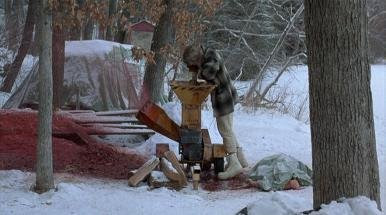 wood chipper might be a bit too powerful, i am guessing it would be difficult to contain all the flesh chips in bags for distribution/disposal

i feel there is more to alexb618 than meets the eye.

anyone who says they havent thought about this stuff is lying!

anyone who says they havent thought about this stuff is lying!

i just think about fixies.

lugged with campagnolo, otherwise no soul

mind you no soul is better than no limbs

lugged with campagnolo, otherwise no soul

mind you no soul is better than no limbs

the fucks a lug?