If you want to PM me I will go in as a mediator. If you’re not happy with the outcome we can discuss how much shit to sling.

I wondered how long it would take for you to pipe up…
I did ask forum members who I should take the forks to. It wasn’t random. They are a well respected business.

ps thanks Spirito.
I bought the forks off a forum member here.
I’ll take it slowly and not lose my cool. The bike is currently ridable so I’m not stuck.

This is the answer to all of your problems.

This is the answer to all of your problems.

I no particular order the following shops could probably have cut a new thread in your steerer tube, let alone fit your headset:

Shouldn’t matter. It was up to the shop to charge or not, if they didn’t that was their decision, and making the decision not to charge someone doesn’t suddenly give them the right to ruin their shit and not be held accountable.

Why did they not charge? Was that agreed upon before or after they ruined the fork?

In any event, whatever course of action you take make sure it is well documented, so that if they aren’t helpful and you do have to go to Fair Trading or Civil Disputes Court, you have all of your attempts to resolve the situation available in some form of hard-copy, and it’s not just hear-say.

I think they either did not use cutting fluid of the wrong tool or a blunt tool if they broke a park tool it’s already cost them a bit. If that came out of my workshop I would be pretty embarassed I would be sorting out a new fork. I always recomend sending your bike to the workshop that has the most experience with they type of bike your riding frame prep requires sharp tools and experience.

Thanks for all of your advice, Supermanlegs I’ll be in touch.
I’ll let you know what happens as it unfolds. 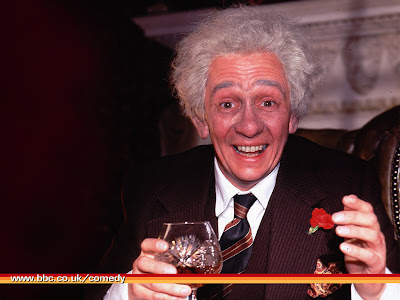 (I know what you mean)

haha i posted a video in the ‘whisky’ thread with the very same character doing what he does best!!

Thats rough as guts!!
Can you even screw anything onto those threads?! they don’t look to line up too well!

I’ll post some pics of them so I can get a quote on a new pair.

I’m not sure how it’s even possible to do that. I agree, possibly no cutting fluid or damaged tool. But it’s already gone all the way down the existing thread? Should continue like that without any problem.

I’m not sure how it’s even possible to do that. I agree, possibly no cutting fluid or damaged tool. But it’s already gone all the way down the existing thread? Should continue like that without any problem.

Forks fitted without a problem and replacement pair have been requested.