So a few weeks ago we were talking about collecting crap. I love a good collection, don’t care what it is. So post up a pic of your collection - the more OCD and weird the better.

When I like a band I generally have to get their entire discography, the most impressive of which is my Beastie Boys collection:

I ran out of room

Not shown are compilations, remixes for other artists, side projects and some crappy bootlegs.

What’s missing? The Polly Wog Stew EP, the Hello Nasty remastered CD, the Too Many Rappers 12", the Paul’s Boutique 9 x 7", The In Sound From Way Out yellow vinyl, and it’s always going to be out of my budget, but the Anthology box set would be awesome. I’m only a part time collector now and don’t actively seek the aforementioned items, but there’s always late night ebay trawls…

This collection actually pales in comparison to some hardcore BB collectors. The dudes that run/ran Beastiemania.com are a case in point.

I have this buffalo themed wall which was entirely sourced from the Blansells garage sale. 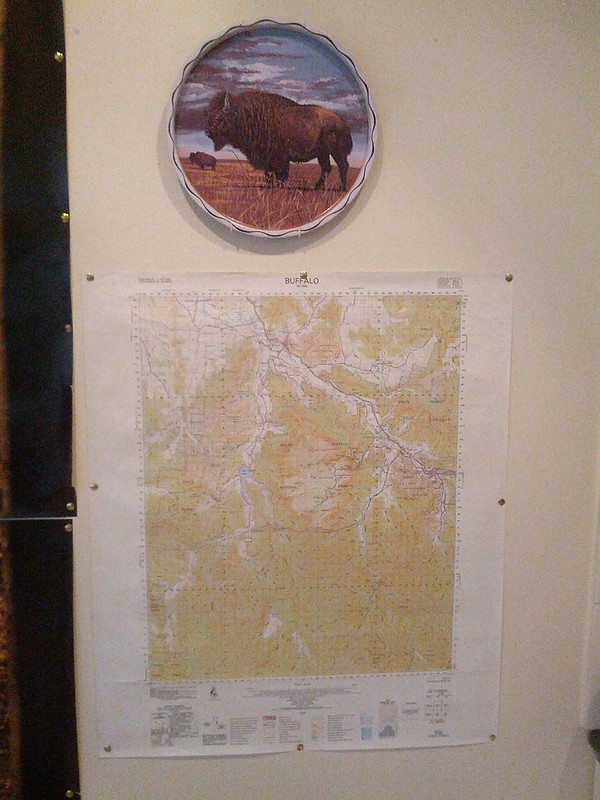 I quite like Bad Religion. Have every album on red vinyl (only 1000 copies pressed) + doubles of The Grey Race (on grey marble vinyl) & Recipe for Hate (std pressing). Also have a few 7" and most albums on CD including japan only ltd release of ‘Process of Belief’. The only album I don’t have a physical copy of is “back to the known”, but there were only 500 pressed, are rare as rocking horse shit these days. Not pictured is my BR Flag,2 x DVDs, 4 x t-shirts, br xmas bauble, wristband & tattoo

If only I could photograph all my Lego… #nextlevel. Will make an effort.

This didn’t really take off like I thought it would…

…guess nobody can compete with MikDee’s Buffalo collection.

I have a collection of pins. The kind of pins you see on old tourists hats. Souvenir pins, stuff from trips, Olympic pins. Includes some very rare ones (special edition stuff, ‘had to work here to get it’ stuff). I’ll get a pic later for the thread. Not everything is up, I need another banner made to re-pin them all on.