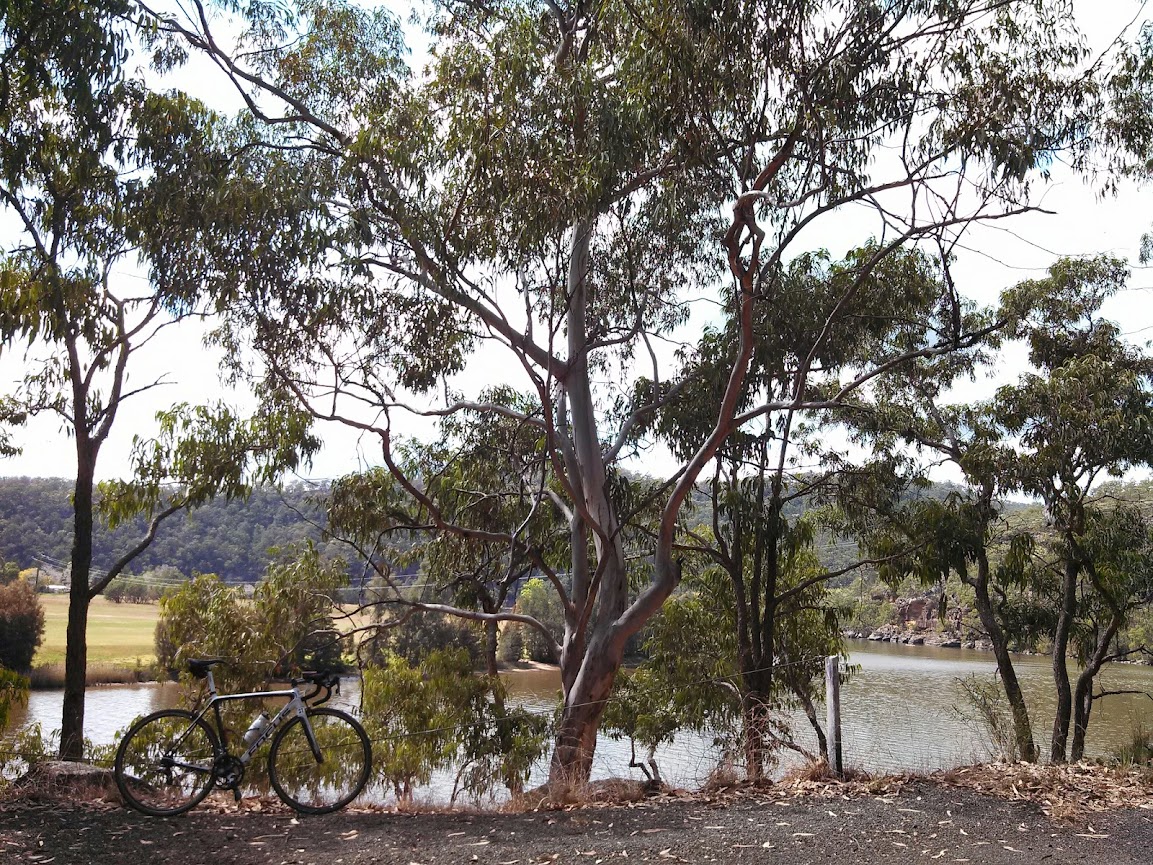 WINDSOR TO ST ALBANS AND RETURN

A 135km ride following the Hawkesbury and the Macdonald Rivers, with some scenic views, undulating roads, a bit of gravel, and a pub lunch.

It’s an unsupported group ride so the usual provisions apply. Bring food, plenty of water, spare tubes and tools. We’ll wait at the top of long climbs and for mechanicals, but we’ll want to finish in daylight so won’t be lingering anywhere for too long.

There are two points where we’ll venture off the road and take a dirt track up and over a hill. In both cases there’s a smoother flatter road that people can take as a detour if their tyres/legs aren’t up to it, with a meeting point a few ks later. There will be some gravel roads in either case, so I’d recommend 25mm tyres as a minimum.

I’ll post up some more detailed route info soon. In the meantime, lock in the date!

EDIT: Change of time to suit daylight savings and get more sleep

- 8am - Meet at the Outback Bakehouse Cafe, 25 Macquarie St Windsor

I think that covers it. 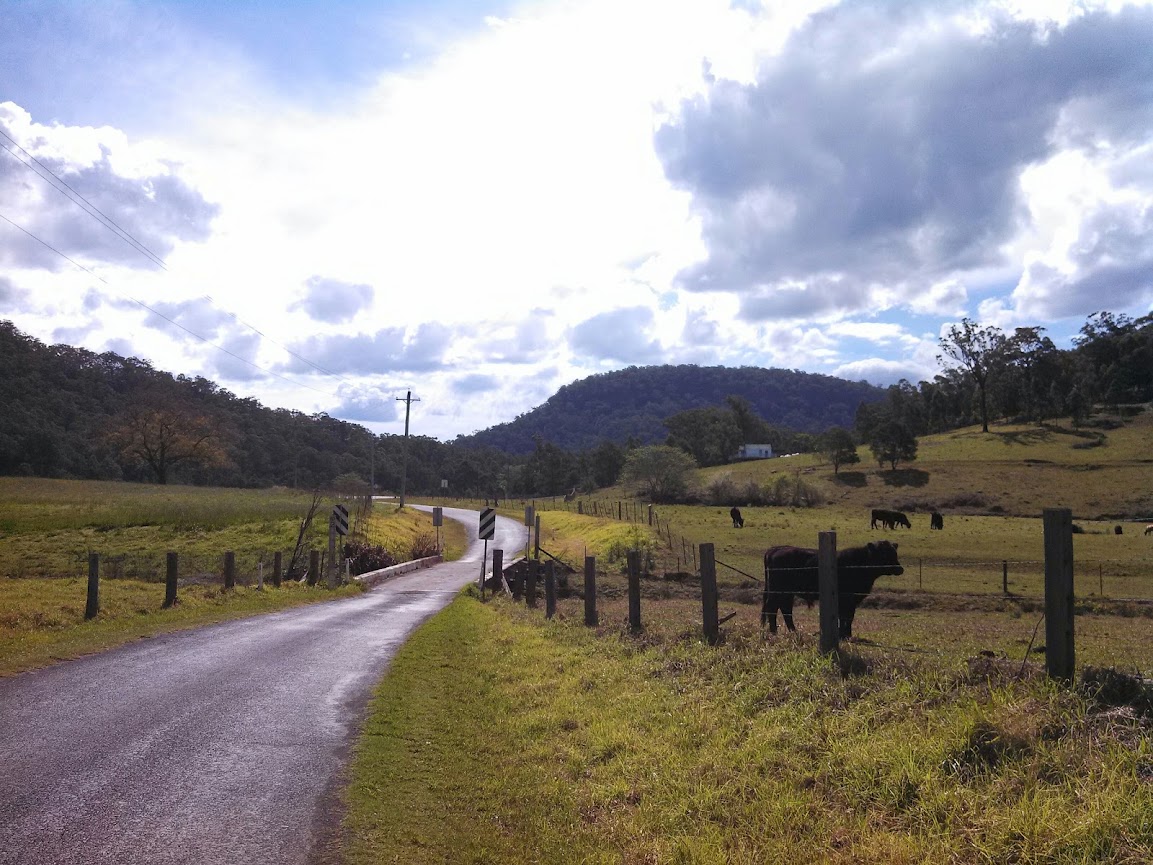 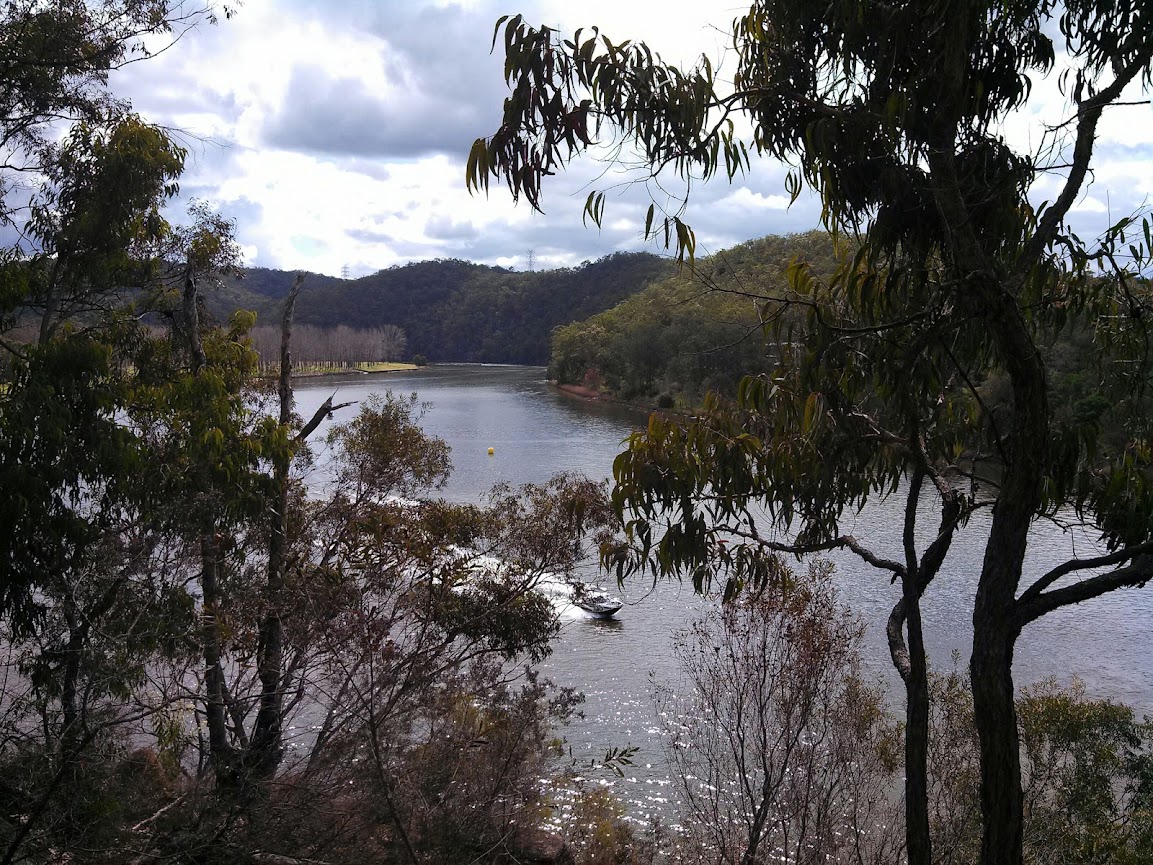 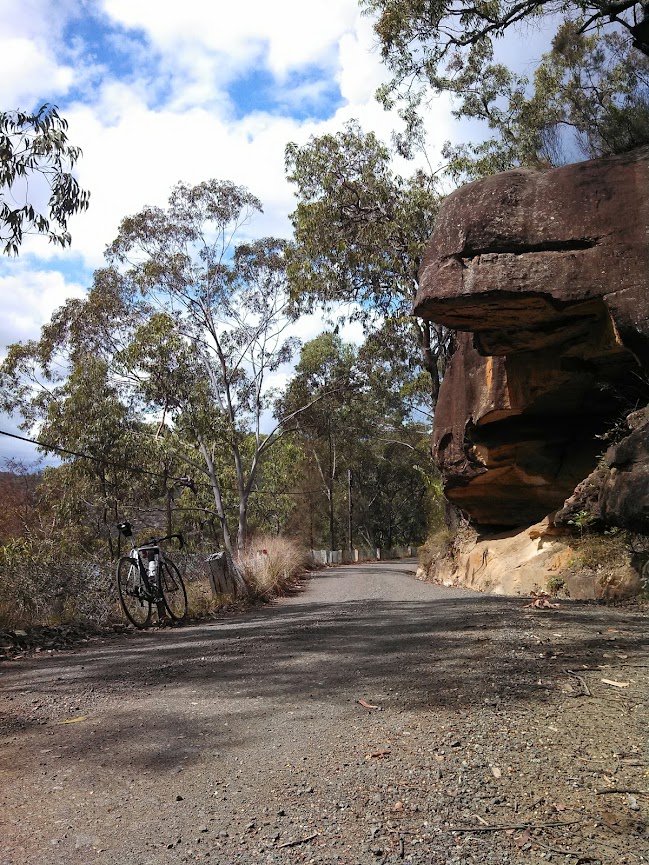 Sounds ace! See you there

This looks awesome but with the non existence of a geared bike at the moment and possibly being the only one fixed, I’m out. Will ride in the area anyway, possibly over Labour Day, just looks too nice to miss out.

Sounds hella rad - time to get some 25c tyres

Hey Marc, the ride would be doable fixed (i.e. via the detours around the dirt hills) but I assume the Soma doesn’t have bidon mounts. If you’re happy with carrying some bottles in jersey pockets, and are up for a challenge, you’re welcome to join.

I’m expecting to average around 25km/h on the road, but by the time we factor in 4 ferry crossings, a one hour pub lunch, a few drink stops and a flat tyre or two, it’s getting to be a full-day thing.

If anyone is looking for a way to join in that doesn’t involve the full 135k, it would be possible to meet us at Wisemans Ferry and just ride to St Albans for lunch. You’d be doing more driving than riding, but it’s an option.

Thanks Alex! I’m used to ride like a camel with water on my back but I’m also not afraid to wear a backpack if I think I need it. My rides are usually around the 60 to 100km mark but I havent done a 140k ride yet. Lets see how I go the next weeks and I guess I will have to decide kind of short notice if I’m in. Hope thats ok.

Just added route details and times to the top post.

Marc - I’m not actually organising anything other than suggesting the route, so no need to rsvp etc, just turn up if you’d like to join in.

Hey everyone,
what’s the possibility of one of you city slickers picking me up on the way through to Windsor? I’m pretty much just off the m2/Windsor Rd offramp and know all the quick ways to get to Windsor from there. I guess pick up would need to happen around 6.30.
Lemme know if this is viable for someone.

I can do that for you mate.

Sweet! Thanks Bob, first pint at the Settler’s Arms is on me.

I was tempted, but it’s 21st season and the date is taken! Butts.

I was tempted, but it’s 21st season and the date is taken! Butts.

I thought it was wedding season… but what am I, twice your age?

That’s a pity. Next time Ltime.

Harry’s a jerk anyway, don’t wanna ride with him.

Fuckit yolo and that, I’m in. Alex, if the gravel sections are as per the last photo, i deem that suitable enough for a road bike and so shall attend on my trusty crabon rode biekk.

Harry’s a jerk anyway, don’t wanna ride with him.

This is true. Ride the “Bakfiet” or whatever it is. You won’t. Weak.

Fuckit yolo and that, I’m in. Alex, if the gravel sections are as per the last photo, i deem that suitable enough for a road bike and so shall attend on my trusty crabon rode biekk.

Wanna #yolo it up and ride the Look? I think I’m going to ride mine.

Fuckit yolo and that, I’m in.

Awesome. You won’t regret it.

(I should note that some of the dirt is a little rougher than that pic, but you’ll be fine. We’re not racing.)

Safe to assume Shepards gully then the rutty road into St. Albans is the worst of it Alex?

Shepherds Gully Track is pretty rough, but I did it on my road bike (very slowly) and enjoyed it. The first photo is the start of it, and the second photo is later on.

If anyone wants to avoid that, they can take the dirt road around the hill. That’s the third photo. It’s a bit corrugated in places but that’s all part of the charm.

(Edit: by the way, if there’s any rain we can take the bitumen road both ways to St Albans.) 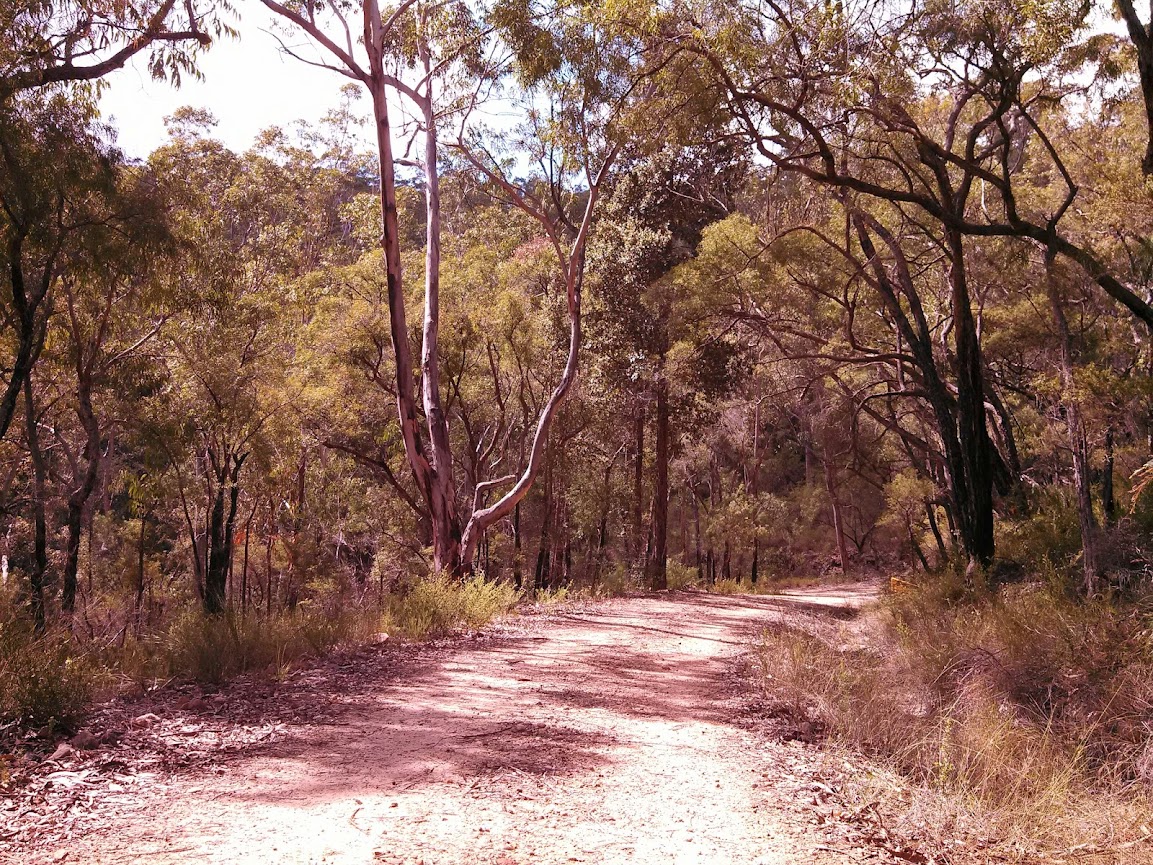 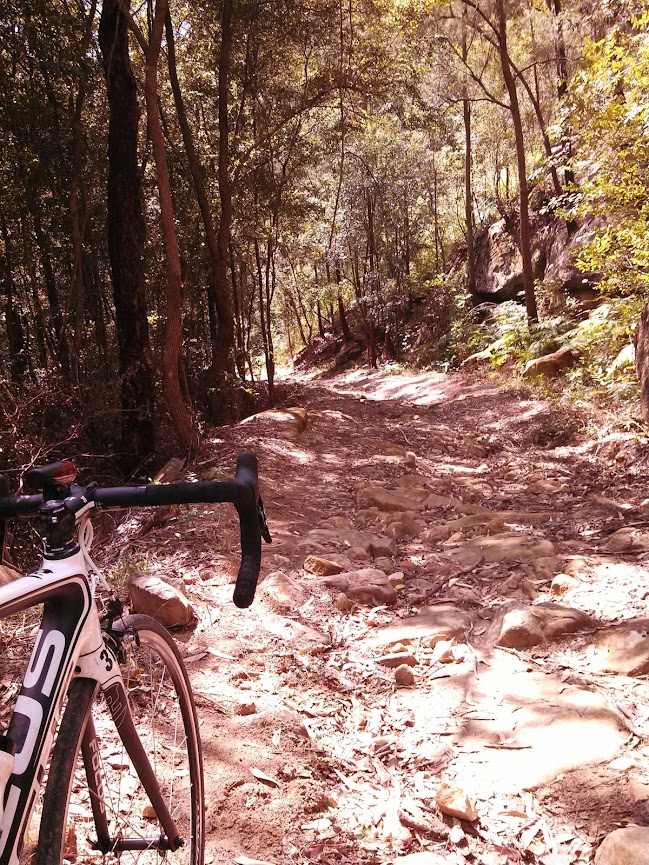 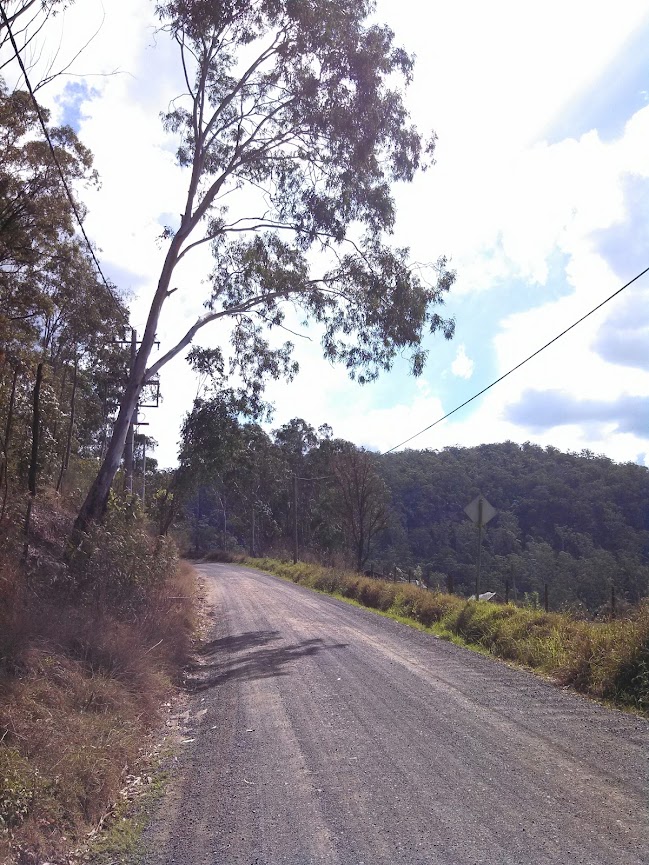 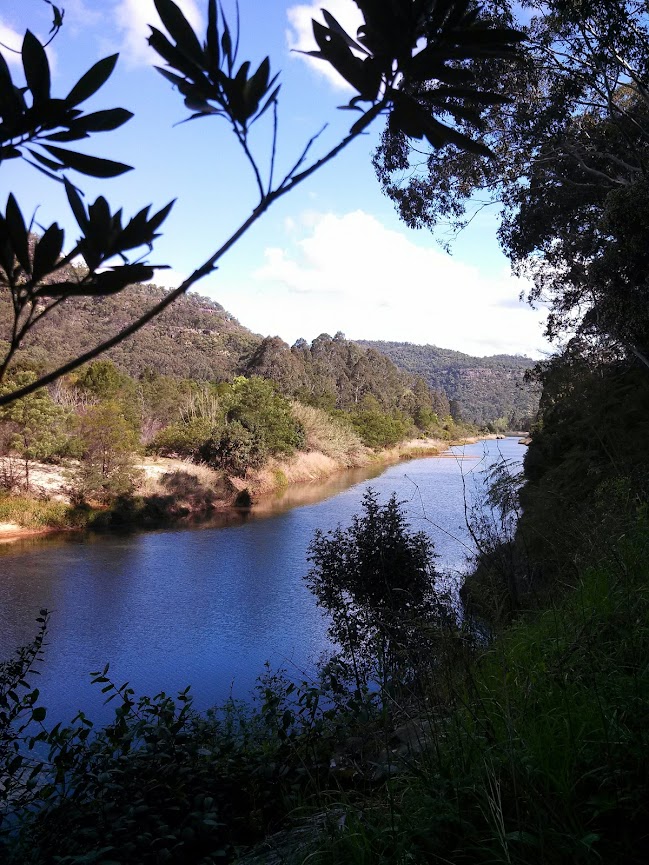 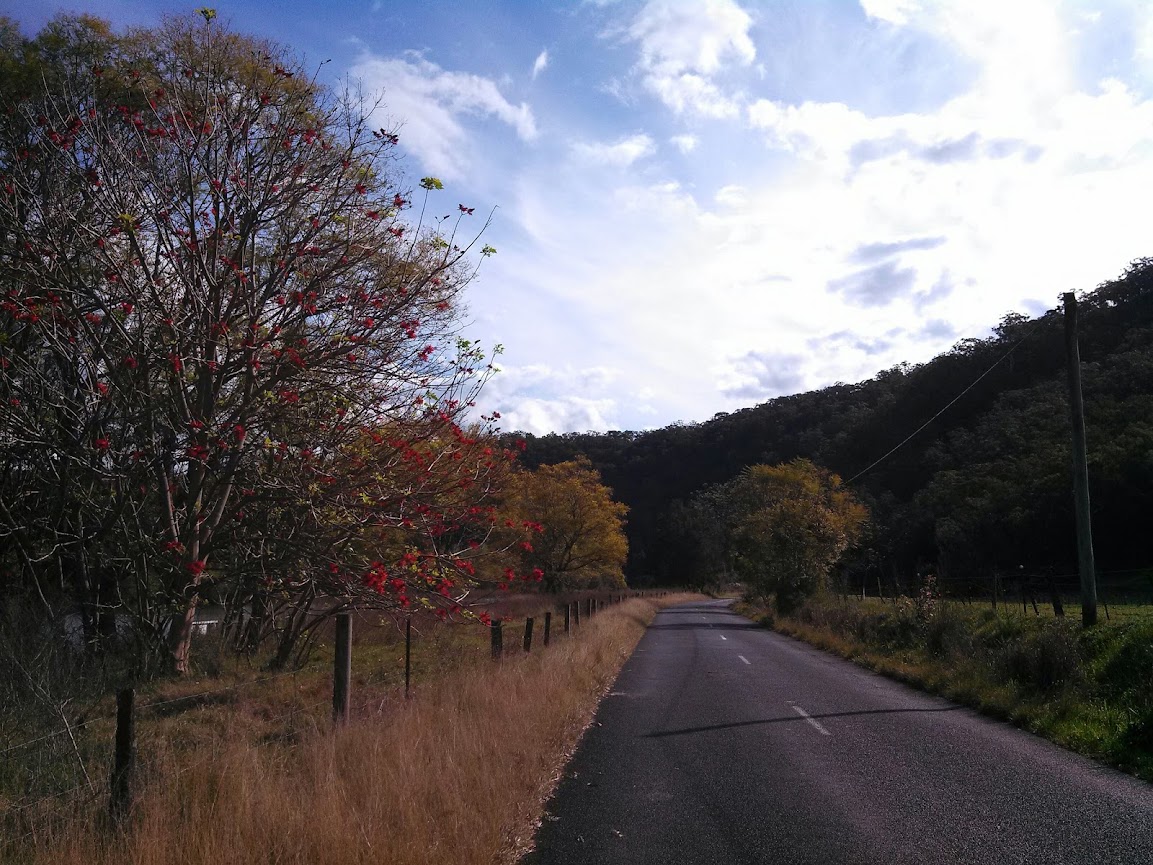