Stepping out of the world of NoBrakes, potato’s and whipskidz into an exciting realm of lycra and crabon with a custom Kumo roadie.

The build is nearing completion but I find myself completely in the dark about what saddle to get.

I want something comfortable and lightish. The saddle I’ve found most comfortable is my old concor, so can anyone suggest a modern road saddle that fits similarly? 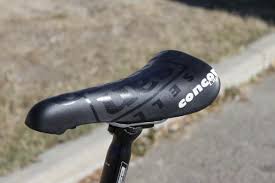 looking for something more modern and road-like if that makes sense.

was considering a fizik aliante?

that is a current production road saddle, and its shape is very similar to a classic concor.

i thought it was for the taint region???

Try an Aspide. I went from a Concor, which I loved, to this, which though modern, I love as much.

On my roadie I’ve got a Prologo Scratch Nack, which is comfier than any other saddle I’ve used, is great on long rides, and weighs <160g. Can’t recommend it enough. Fucking expensive though.

I found the Aspide a bit narrow and hard and it gave me numb nuts on long rides. The Scratch is nice and wide and really plush for such a light saddle.

The SLR shape is the my fav… Awesome saddles… I’ve had the normal padded ones. Stripped ones and now I have a one piece carbon combo designed with the SLR shape used as a mold for the saddle

what the hell Ev? you have a bmc with madfiber wheels???

I like the Arione’s. Flat, but flexible, no cutout, so not to everyone’s taint-liking. I have three.

If you like your old concor, why not try one of the new ones? Concor - Carbon FX

Don’t know much about them, but i’m guessing they have the same shape as the original concor, but lighter/more modern looking.
Personally, I have a Prologo scratch pro on my roadie and i’m happy with it.

i use the fizik aliante, similar to the arione, less bulky