I think these ones are a given:
inject yourself
fixie
skidz
mashin’
aerojoke

I’ll see how many FOA user names I can fit in as well and I will donate $10 to charity for every one that I manage to drop in.

respond to all questions with ‘use the search function’

you asshole, i just fell over laughing and looked like a total fool.
if this happens my life will be complete.

that kinda goes without saying for polo… either you get one when you start, or you need one very soon

Might i also suggest - ‘we all hail the mighty brendan’ or ‘i’ll need to consult professor blakey on that one’.

In all honesty if you do nothing else but mention prawza’s journey to get to the champs i’ll be happy (especially if you use the joke that he couldnt afford to fly so he rode, via NZ - as used elsewhere)

“bike polo is the new roller derby” <- fucken dare ya, you’ll be up to your ears in angry “bi-curious” helmeted mouthguarded womenfolk in no time

Especially if you say peeps rock a potato

i’ll always have fond memories of that gif…

“bike polo is the new roller derby” <- fucken dare ya, you’ll be up to your ears in angry “bi-curious” helmeted mouthguarded womenfolk in no time 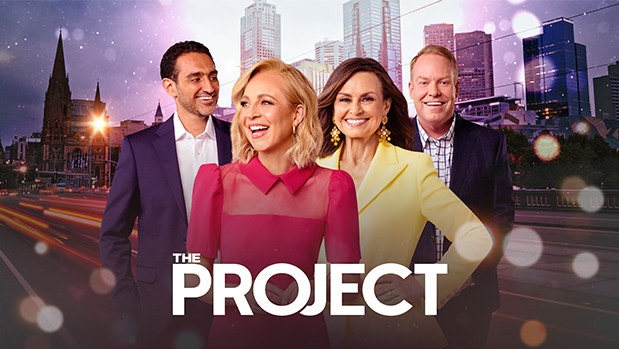 News delivered differently. The Project is a TV show joining in the conversations going on in living rooms around the country. Watch full episodes on tenplay.

nope. but i lol’d at the dude in sydney.

cabramatta you racists HAHA funny cause its true…

Kid scripted the whole thing on me. I was like a rabbit in the headlights godammit! They were going to mention team names like: The Majestic Pink Shafts, Dumpster Babies and Donkey Punch. Apparently their legal department told them no, so they had to PG the whole thing. Still looked good with all the guys rolling around in the background though.

who was the guy that rode through with the pink mallet between his legs?? hahaha

“Did you make those shirts yourself?”

“Yeah it’s coming off a bit there. Wait. Did you just?”

I’m in tears from laughing so much. Well done.