Are there many people on here from Western Sydney? around the Hills District area?

I’m wondering if there’s interest to organise a mid week meet up around Norwest.

Oddly, myself and Evan have both moved out that way, Baulkham hills to be exact. I’d consider meeting up for a ride, but I’d be more keen just to go to the pub

Oddly, myself and Evan more keen just to go to the pub

fixed that for you…

fixed that for you…

Cheers. You read between the lines. There were a couple of nice pubs out at Windsor: Parmy and 3 schooners for $14 wasn’t it?

windsor does have a nice pub or too… was staying out in old-windsor b4 my move to mountains… scary men in B&S style utes with ned kelly quotes on side scary riding around there… you will need mud flaps, cb antena and R&Williams stickers to blend… with some notice i would be in. A saturday maybe?
Also jono how far from da hilz to windsor? and is it rideable?

Hills to windsor was almost too easy. 25kms each way, and a bike path the whole way, and there was even a half decent coffee shop on the main drag where they told us to bring our bikes inside. Even with a flat it took less than an hour, would actually be really easy to ride fixed if we were that way inclined.

Good to see a few riders around the hills. A mid week ride or weekend around Norwest might be good, it’s not the city but there is a few laneways, lots car parks, offices, factories and a lake to weave in and around.

the ride from Windsor to the hills would be fairly easy, as heavymetal said. it’s bike path from at least McGraths Hill to Parklea.

I live out near Parklea and Regularly (most afternoons/Evenings) ride around the paths along the m7 and also around norwest.My general loop is around 30kms, With summer on the approach and daylight savings coming I will start doing the windsor run which is roughly 50kms round trip.

it would be good to see more

Wow, they’re coming out of the woodwork! Might have to talk Ev into not selling his Paconi…

hahahah. I have been riding with a few mates here and there and also riding with the Sunday guys as well.

nice, i wasn’t expecting much for this thread, good to see there is a few around the area.

johno woujld have to do it fixed. Now have road bike but not quite friends with it yet, getg stuck thinking about " am i pedaling at optamum rotation?" kinda annoying having riding interupted by such thoughts. i am sure eventually it becomes second nature and all that but as i dont drive manual who knows.

This sounds so appealing right about now. Bring on the heat… Of course I’ll be cursing it when it arrives.

righto, westies, post up a pic of you and your stead (i’m working on mine now) 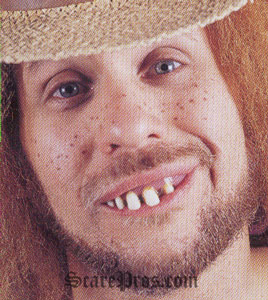 Zak, don’t you have some wheels to weigh or something?

My Mates Who I also Ride