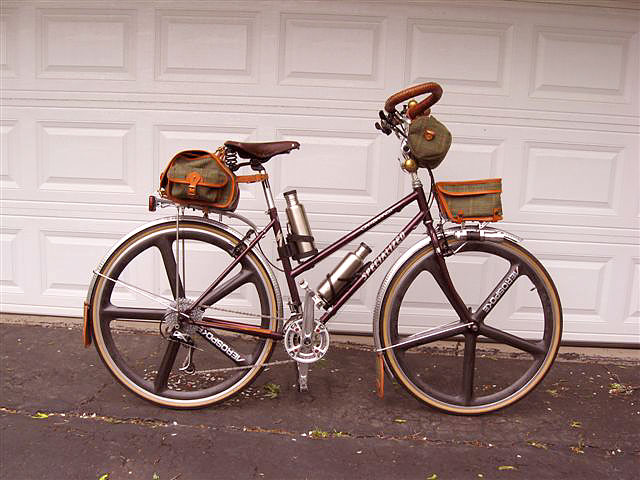 That is the stupidest thing I have seen since the bike with the bull horns for bull horns.

Are the aerospokes meant to offset the resistance from the stupid mud flaps and Louis Vuitton-esq baggage?

It’s obviously ridden by someone who:
a) has a bad back and can’t lean over the handlebars
b) thinks they understand good design but don’t

c) doesn’t know what a mixte is

It is a work of genius. I love it. But my wife’s a bit funny-lookin’ too.

i want have sex with it.

from the pic, i assumed it was bikesnobnyc bait.
but after reading the blurb, i was shocked to discover she’s for real…
i hate to think what that monstrosity costs.

Its got a chainstay protector on the none drive side.

“Gremlin Bell - Everyone knows that evil road gremlins plague bicyclers and often attach themselves to bikes. In fact, road gremlins are responsible for most bikesâ problems. As it turns out, they canât bear the presence of a ringing bell. They get trapped in the hollow of the bell and the constant ringing drives them insane. They lose their grip and fall to the roadway, creating potholes when they hit the surface. Potholes are proof that Gremlin Bells do their job!”

What the hell is she talking about? 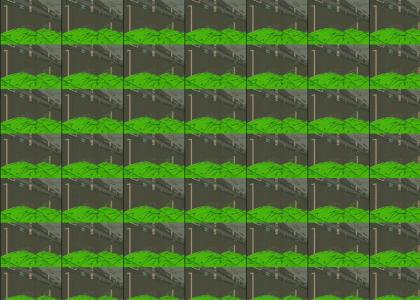 My eyes, the goggles do nothing!

Not original at all, but the other one is a nasty dickgirl one so I figured I'd make this for no reason.

A little bit of sick came up my mouth!

Wouldn’t even get this lady over to do new curtains (drapes?) at my house.

At least 5 spokes are easier to clean than 36.

but now I think it’s kind of cool… lose the decals off the spok’s and that would go a long way to making it look just that bit better.

must be heavy as shit though.

Most of the parts are cool*…just not together.

*Aerospoke being the exception, never understood them.

i secretly desire some sporks on my Soma…

This wheelset is ideal for touring. She only needs to carry one spoke length in her tool kit.

I want to try trekking bars.

This wheelset is ideal for touring. She only needs to carry one spoke length in her tool kit.

no shit if i ever build up a street fixie, i want dual spokes, coz really why the fuck not