I was just cruising the FGG and saw this and really needed to share. 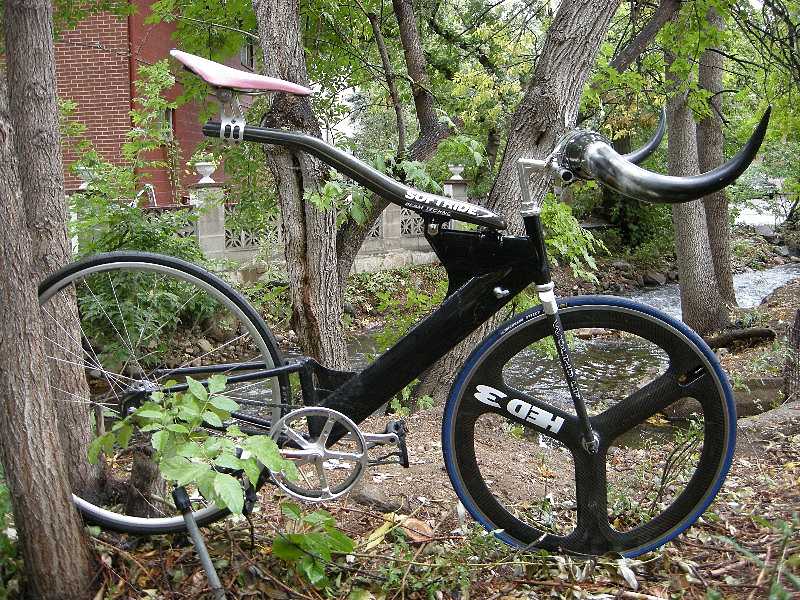 i feel dirty, but i kind of like it

You seem to vomit an awful amount on this forum george… :evil:

I like all the steel cable ties he has used to get that thing to stay on there.

From the bull horns or the soft ride?

I don’t mind the bull horns as a joke. Whats made me sick is that heavy metal alley cat on Bikesnob.

I reckon thats just set up as a little joke.

If the guy actually rides it like that than I am speechless :-o

Mr. is angry, he wants his horns back.

that is the most awesome bike i have seen in ages.
It’s so obviously over the top in a very tongue in cheek way. nothing better for clearing pedestrians out of the way than big, fuck-off horns. freakin awesome.

It’s turd in everyway. From the pastel pink Arione to the HED-3 with blue tyre, everything!