Something about this looks like it’s a poor cousin.

Not a cinelli - I have the same frame , but white in a 52, bought of fyxo. Probably Oria crimped tubing, not gilco. There’s an email from Cinelli floating around the net saying they never used Gilco tubing, nor the CX panto.

cinelli email re this bike: 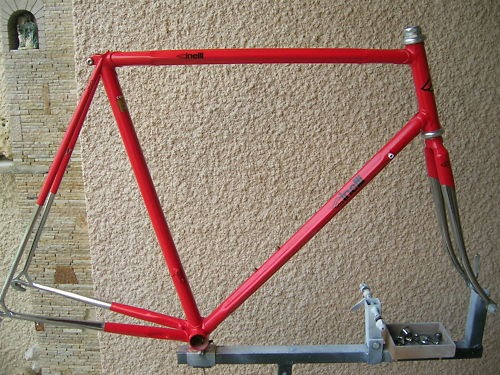 I am not familiar with the Cinelli "CX" model. Does anyone have any information about this model? These photos appeared on a recent Fr...

Makes sense.
As SirKev pointed out …

Perhaps someone should point it out to the seller so they don’t break even more people’s hearts and poison minds even further.

I mailed the seller, gave him the link above. I will post any replies I get.

“Thanls Rod, I know exactly what it is. That’s why I labelled it a Cinelli lugged frames. Regards Ian”