Primz, you’ll probably be on this in a flash:

First: the DIY bottlecap tripod and the Japanese original:

Then, the DIY bike mount for the bottlecap: 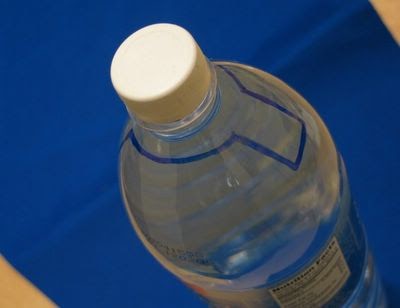 The blog of Federico Tbn. Maker, artist and curious generalist. Pictures of art, projects and musings.

I’ve made one up, and just need to grab a lock & wingnut to make it usable.

Stay tuned for photos, plus photos of the Brisbane crew in motion.

The mount is made, and photos taken, but I managed to leave the card in the cam at home, so… watch this space.

Here are the pics, none of the unit itself as you can see that on the links above.

Mounted on some spare bullhorns: I’ve only ridden around the carpark with it so far, and I’d want to wrap some innertube on the bars first to damp the vibrations some more, but it seems nice and stable, and would be even better with a nice compact, light cam, like an Optio S. A wide angle convertor would be helpful, as you can’t adjust for tilt without breaking out the screwdriver, panning l-r is done easily by loosening the wingnut (not whilst riding!)

p.s. No cracks about the bar tape. It was cheap.

Thats looks great…and when I actually make the move to brisbane, I would like to see it. I have seen the videos of that american guy racing during alleycat races, they look insane. I want to do something very similar…

have you ever seen one of those motorbike videos of the nutters who fly round the Paris ring road in peak hour at about 300 klicks. Weaving in and outta traffic like it wasn’t there…