I have a frame that has a large dint in the top tube. It’s circular 1 x 1 centimetre I reckon.
I reckon it’d be 2-3mm deep.
Prior to a repaint would it be possible to strip the frame and fill this with car bog or some other filler and not have it crack around the edges and fall out at a later stage?

Any ideas/help would be great.

Does it have a bad crease in it? If not, maybe one of the paintless dent pullers for cars may work.

The rig is for polo or commuting. I do not want to replace anything.

Car bog, works a treat and if done right you’ll never know its under the paint

The rig is for polo or commuting. I do not want to replace anything.

I wouldn’t bother filling it then. Or give it a crack but don’t be too upset when frame flex makes the bog crack.

I have managed to fill small dents with solder. Got any pics?

I know it’s just a commuter but I would prefer that the dent be less visible.

I’ll sort it. Thanks for the advice.

I know it’s just a commuter but I would prefer that the dent be less visible.

Son … get the bondo out, don’t just fill in the dent … go to town and fabricate yourself and aero commuter !!! 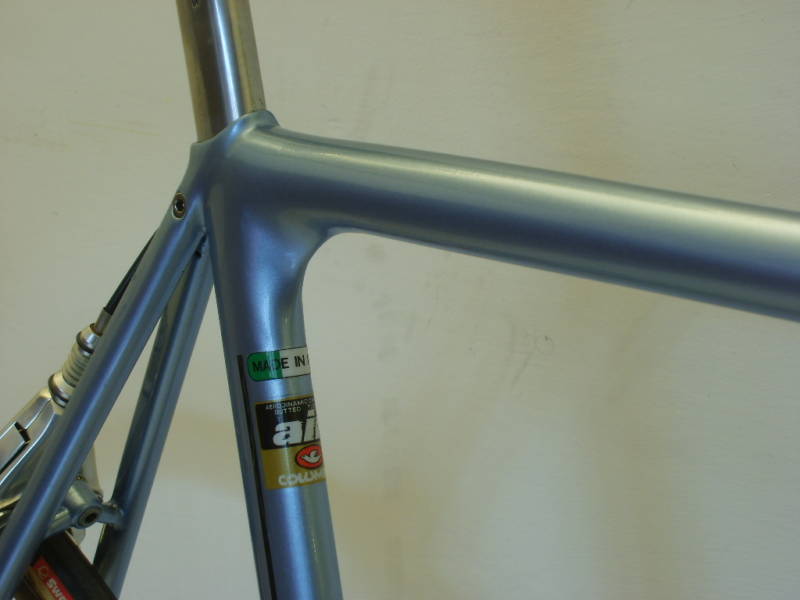 If you can find it, use marine grade bog, it dries with some flex and won’t crack like auto bog.

Bondo Ben?
What is that?

Bondo Ben?
What is that?

Bog with a yankee accent. Ben lived in nyc for too long. :rolleyes:

Curious to know if this has ever happened to anyone? You’d need some serious flex for this to happen in the dent arron has described