… I could have told them long ago it exists.

Mama spirito used to make Baclava. It used the same ingredients as any other baclava but her’s had something else and it was incredibly good. On one or two occasion I ate a whole tray (perhaps 50 pieces) without being sick (but not being able to walk). I think the boson actually lives in every wog mama’s rolling pin and let me tell you that the God particle leaves a big lump if used in anger.

I also think the boson exists in Suntour high flange hubs, Cheese twisties, McVitie’s digestive biscuit’s, Alfa Romeo V6 engines (but only if made in the now closed Arese plant), Nitto stems, my Leowe TV, every Apple product, Parmesan (Grana), Tequila, and Adidas shoes. Of course it has always been in denim, coffee and broccoli.

And Dylan … He has an excess of boson’s 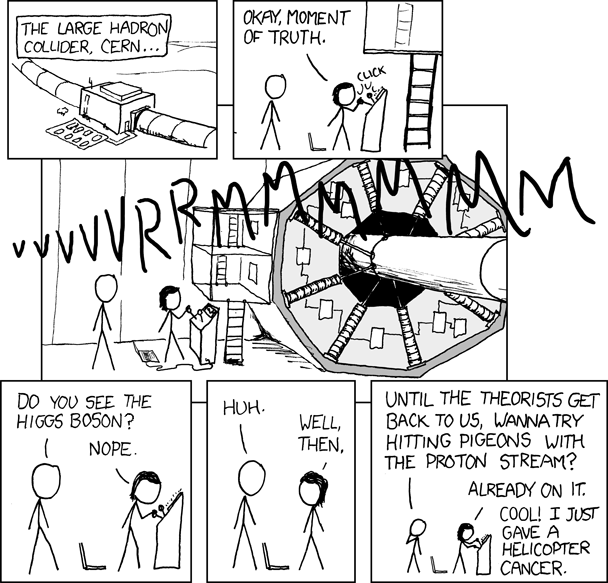 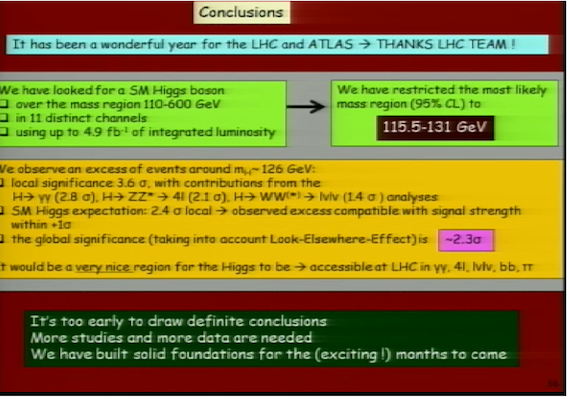 Love that CERN uses comic sans. Really exciting stuff though even if it isn’t the standard model Higgs boson

I’ve been trying to think of a joke using that song for days now.

That’s all I got.

I’ve been trying to think of a joke using that song for days now.

That’s all I got.

Thank you McKenny. Thank you very much.

Jens Voigt and Higgs Boson are in a two man breakaway.
HB is struggling and says my tyre is flat, is my tyre flat? Check my tyre !!
Jens says shutup air doesn’t matter.

^ Mmmmm…you were nearly there, I was thinking something like…

On 4th July 2012 the CMS collaborations discovered a new particle, at the level of 5 sigma, in the mass region around 126 GeV, but it turned out just to be Jens Voigt.

Ha ha ha. I’ve been convinced that was what’s going to happen since hearing about the LHC.

I’ve made some very dubious decisions, thinking that our universe was about to collapse. It better not let me down or I’m going to have some explaining to do.

It was found by Dr Sheldon Cooper.