ALL PROCEEDS GOING TOWARDS CMWC BEING HELD IN APRIL THIS YEAR.

Join us Straya day weekend for some beers, skids, quicklock, sprints and other bike related games. Come hangout, win a prize, drink some beer, get amped up for CMWC later this year.

We’ll have KEGS! Bring some cash for some affordable beer.

Find us at flemington drains, just below the overpass at Flemmington Rd/Mt Alexander Rd/M2. Near the big yellow post things.

AND STAY TUNED FOR MORE INFO ON EVENTS IN FEB!

Summer series? multiple events?
hehe… (but this is sick… i got visitors in town so probably cant make it holy shit - i just went down a vortex of flickr, youtube and fixedvancouver links that had me laughing at how much has changed.

For those with long-ish memories this series was where ‘escape from the suburbs’ was birthed as a race idea. 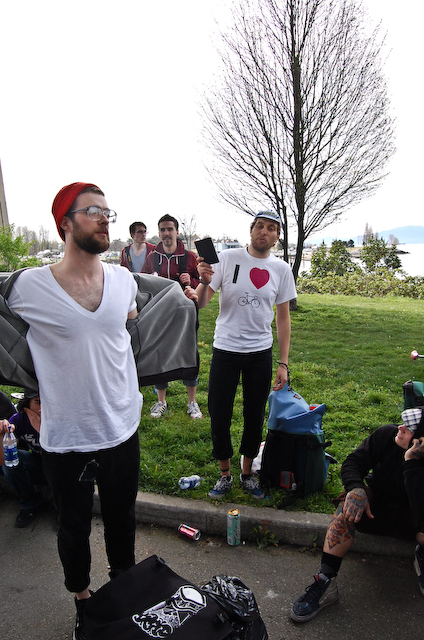