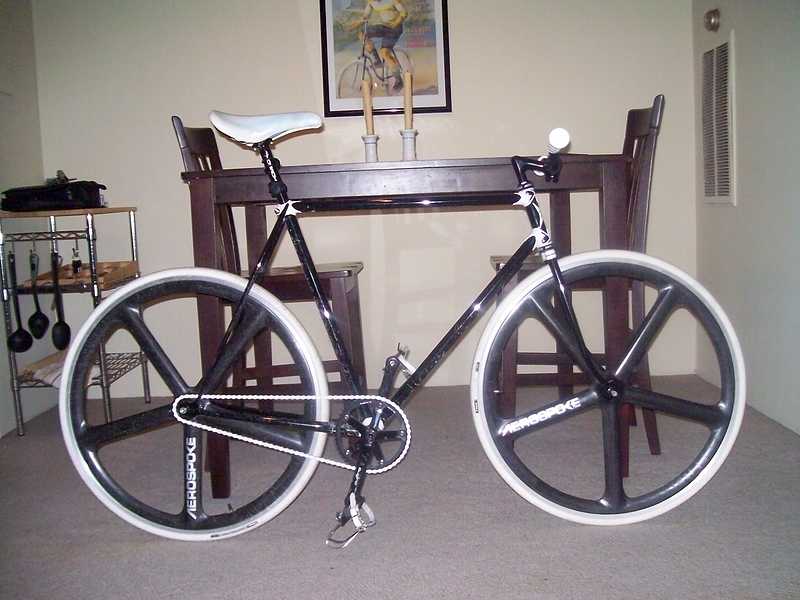 I can’t quite say why since there’s so much wrong with this picture but… I kinda like it :?

I like the look of the whited out lug work on it!

if this bike were a president it would be baberham lincoln

if it were a dinosaur it would be tyrannosaurus rexcellent.

Despite how hard I try, I can’t top that.

If it were in a band it would be the ayatola of rock and rolla!!!