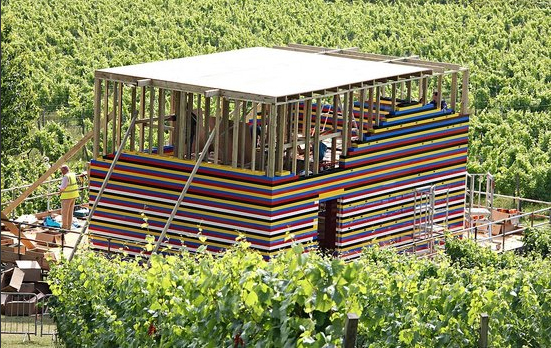 I guess you could build a house with practically any material. But I never thought you could actually build one from LEGO pieces. So James May, a toy...

But it’s being demolished.

As the comments pick up on, James May is a presenter for Top Gear in the UK, but the photos of the dude putting blocks in place is not the same guy.

Good to see the Poms doing something useful for a change.

I made a model out of LEGO once at uni… great material.

Its a shame about the house. I think, combined with a strong adhesive and maybe some reinforcing it would be a rather snazzy material.