Just a hedzup on trick sessions happnin on Sundays @ 7pm, is now meeting at the Pultney St and Nth Tce T Junction, out the front of the Uni. No massive rides at flat out pace just jamming spots around town. Theres the tuesday fixed ride already so if you just wanna ride yo bike, sink piss and socialize then thats your night. I know theres some more hedz out there into the illness so lets get it togethaaarrr. Even if your just starting out on the whole trick thang dont be shy.

So we had probs with security at Young street car park and have now moved our meeting spot to a new location which is in the previous post. peace to Fran and Jacob for coming out, and Danossss of cors.

So its starting to get well cold of late but that wont stop us. Cmon, man up and get out of the house for a couple of hours on Sunday evening. After moving location we have had much more productive sessions. Out front of the museum and art gallery has good space and lots of stairs and shit. We got underground carpark close by for shelter when the rains hit. Me an Kouriah Dan will be there no matter what the weather so come say high.
pieces

and you can come and play polo before it starts!

Ever get the feeling your talking to an imploding void of anonymity? Yeh me to, i just keep telling myself that its just a movie and il soon be consumed by mind numbing, soul destroying corporate zombie flesh eaters and life will be life as usual. Dont fear,fear is the mind killer. TriXunday is about working on bicycle manipulation and the mind over matter theory. If you wana come out and just get a few tips on doing basic tricks on ya track bike then by all means come along. Its not about performing its about progressing. With all that said and done we are gonna meet at the usual spot tonight and then maybe roll down to the basketball courts for the night polo seshn (weather permitting). Theres plenty of room for us to coexists down there. Haha that reminds me of the other night at the velly. Hopefully we dont get a polo mallet in the spokes. Chekyaz l8a.

Thatd make two of us then. we workin on it yo.

We on like Donkey Kong!!! Nth and Pultney at 7pm. I say it again,dont be shy, come and hangout for an hour or two. Fun on Bike!!!

7pm, Nth Tce & Pultney St, in front of the Uni.
It was a record turn out last week people and we had mucho enjoyment.
Come along to the super popular TRIxUNDAY.
Fun on Bike.

Theres always next week.
Ride On.

no probs bro (Grngo),
but it would be great if Stef actually came out once in a while.
if u lived in a city and u were into fixed freestyle and there was a specific night deadicated to that, wouldnt you go along? maybe im being too optimistic.
cmon peeps, lets getitogethaaaarrr.
doesnt matter what level your at, its just a good time (and good stacks).
Ride bikes and have fun.
sounds like a plan.

“Youve got nothing better to do on a Sunday night? Your a bunch of fuking losers”
Thems was the words of wisdumb from our friendly Uni security guard this evening.
To a slight degree it was a “had to be there” kinda moment.
I think the Sub Bassment will be avoided for a while.
But we shall still be meeting in the same spot as usual.
Those who came to the party we say,
Great Job!!
until nextweek.
peaceout.

So Rad! to the power of sick (had to make post long enuff) haha

There are a couple of moments in this scene where they are totally riding fixed. Check the girl at 3:27. 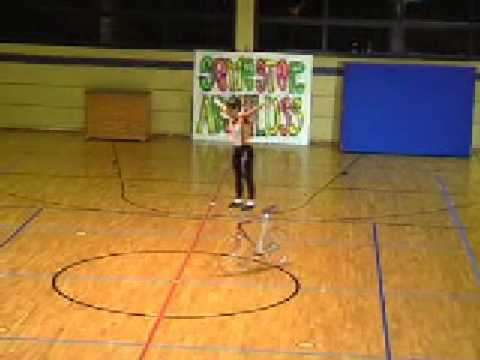