Bit of a simple question about v-brake pads- why the hell are they so damn thin?? I’ve already worn out the front pair. If you look at the thickness of the pad on the cartridge type, it’s significantly thinner than a regular canti brake.

So question is can you get thicker type pads, or is it more a function of the v-brake design? 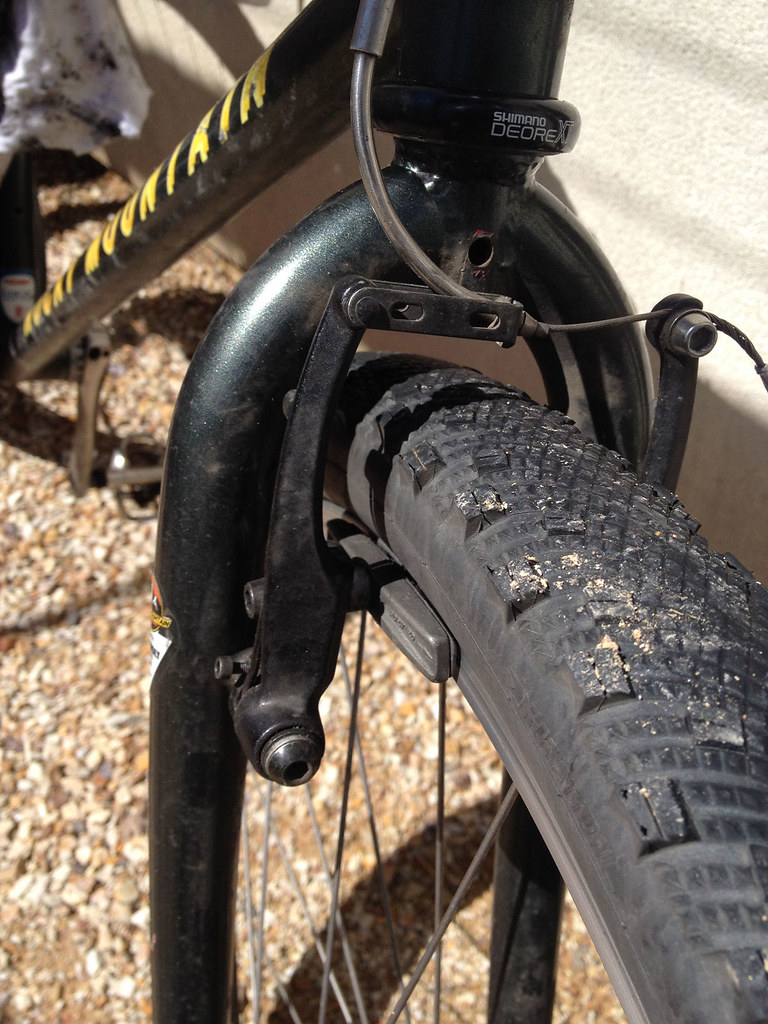 Wait a second, look what I found from HAL. That’s exactly what I want- the lefthand side setup… 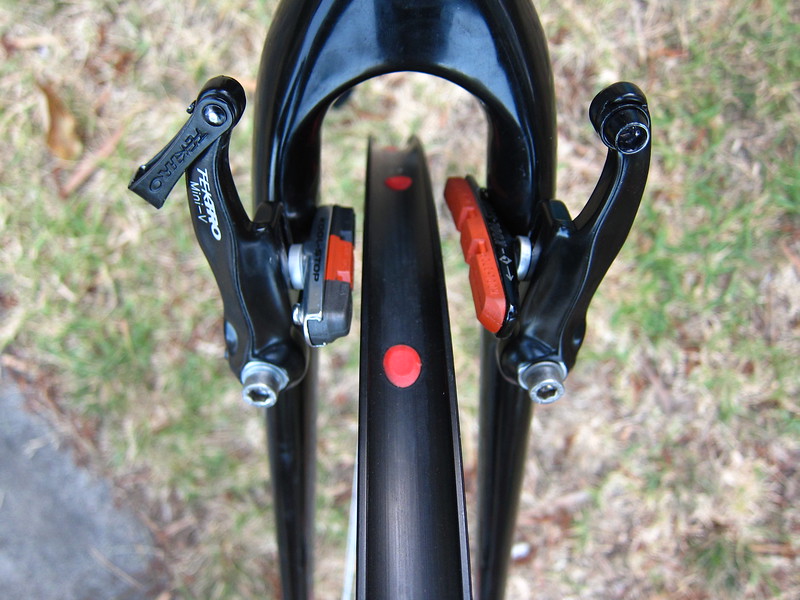 The LH is a “CX” cartridge. takes road refills but is wider than a road cart.

not really that much thicker than a vee refill, and is shorter as well.

chuck on some eagle claw II / Supra II for width?

beware that too wide might muck up your brake geo though.

Thanks, Koolstops would be nice, provided they last a while.

I thought they were thinner so they can clear wider tyres when removing the wheel.

I thought they were thinner so they can clear wider tyres when removing the wheel.

But you un clip the brakes anyway?

Also don’t copy the left pad set up H,
They are backwards

But you un clip the brakes anyway?

Also don’t copy the left pad set up H,
They are backwards

all my V braked bikes anything wider than a 1.95 couldnt be put back in inflated.

eagle claw / supra’s work for me on my tourer.
don’t seem to wear super fast or anything

the koolstop cross compound pads as per the left side of pic also seem to work OK on the pomp.
i was going to run them until they wore out but they haven’t yet (i do have the pad holders in the right way round)

So cheapest solution using my tektro brakes would be…?

I had a few problems with chunkier pads with 32+ as they took a looooooong time to align and even then they wouldn’t sit on the rim properly, they would have to sit a bit lower and brake on the actual rim or else in their resting position they would make contact with the tire. I would recommend going thinner cartridge and replacing as needed.