Woo the vidya. I was an early-adapter early-burnt Dreamcast owner - VF3TB was good, until my arcade stick broke

Have a PS2 but never got into it - friends gushed over the likes of Ico and Shadow of the Colossus - but will probably trade it for a 360 at gametraders, play, EB or wherever. That Beatles Rockband trailer blew my socks.

I like this guy - http://pineight.com/ - he’s written a pretty good Tetris™ clone. Also good for keeping tabs on the homebrew scene. Here’s an OS X GBA emu for the mac heads, and one for the Windows people.

I also dig the work of Jon Mak at Queasy Games. Saw everyday Shooter at ACMI recently, you can get it on Steam and the Playstation Network. If anyone wants a head-to-head (no not that Spud!) of Gate 88 then PM me …

The follow up to Ico and Shadow of the Colossus just got announced too… It is called Trico The last guardian. It looks fkn amazing.

I have no idea? 1980’s?? I’m into collecting vintage stuff that stores on Smith St sell for stupid amounts of money. At the moment i’m all about vintage coffee makers. My current high score could be equal to that of the worlds lowest score.

My housemate just set up the NES today. Should be fun.

Anyway, post up your PSN’s if you have them. Get some friend lists together. Have a bit of a gamer session when the weather turns nasty.

I have no idea? 1980’s?? I’m into collecting vintage stuff that stores on Smith St sell for stupid amounts of money. At the moment i’m all about vintage coffee makers. My current high score could be equal to that of the worlds lowest score.

My housemate just set up the NES today. Should be fun.

My girl and I picked up a mint NES from a garage sale for $15. It included Mario 1, 2 & 3, Duckhunt and more games, plus two controllers and the gun (sadly no Power Glove). My girlfriends nieces love it, which is hilarious, because they’re 7 and 10.

anyone want to buy a Roadblasters cabinet manual?

have saints row 2 and dynasty warriors 6 to play.

looking at getting fall out 3 and prototype soonish.

on the horizon - tekken 6 and assassins creed 2.

also for pc, (i hate myself for it) star wars: knights of the old republic online. im finally going to be sucked into the online gaming world.

i’ve got a 360, ebay seems the cheapest place to get them, some good bundles.
i mainly only play halo online, my tag is R3D RACKHAM, but i’ve got no monitor at the moment, so haven’t renewed my online subscription yet. i just, you know, look at my wrists.

i might work my way through resident evil 4 on my gamecube again. was pretty tight.

A guy from work got that last night on his 360, he got it from ebay… no warranty.

Microsoft actually offer a 3 year warranty on the Red Ring of Death problem so worth contacting them. Mine is about a year and a half old so initially I was thinking I was screwed but it is getting fixed by them for free now. Apparently the issue is pretty widespread.

a friend who works at eb games was telling after i got mine and set it up, that you should set it up laying down and not standing up (this can help stop the ring of death apparently too). apparently they arent actually design mechanically design to be upright even though they give it a healthy push for you have it like that.

For those who haven’t seen it yet, Project Natal looks to be pretty amazing.
http://www.youtube.com/watch?v=oACt9R9z37U

I get that this is only the marketing version of the system but if it comes only halfway to what they show in the clip it will be pretty amazing. I would drop the coin on something like this which is saying something since the last gaming platform I was into was the Amiga 500. Which consequently I had going again last summer at my parents house… ah, good times!

natal is cool, but i recken the ps3’s motion sensing system will be far more practical 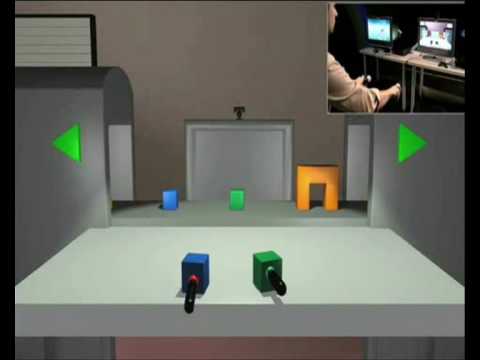