I got a new job and it turns out that our marketing director’s husband is the Firefly builder (Jamie) so me and her and another guy went over to the shop on Friday for a look and a chat.
They have 3 dudes (all ex-Indy-Fab) peoples, and an intern (mainly for polishing).
Super nice folks, Jamie is full of stories.
The space is large and clean and pretty awesome.
Anyway, some pics…

Wait list- they’re up around a year to wait…they knock out a couple a week.
On this is just name, and a quick description (“disc, Di2, road”) for example

And now some machines…

They got 3 horizontal milling thingys, each set up for a specific role (rear stays, rear triangle, front triangle) and one vertical which is mainly for jigs for other machines.

Tacked together on this things

Check the levels here before sending to the welding section.

Finished ones on the build stands, this Friday’s UPS delivery was a little late so the two they were working on weren’t quite done.
A carbon/ti roadie going to Singapore.
A Ti Road fork/frame being sent to Colombia.

They have this photography section set up all the time for documentation purposes.

This is awesome. Will read later tonight.

Very nice! What a great opportunity.

Nice. Been following them on da 'gram for ages. Always assumed they were US based.
Being AU based means they just hit my wish list.

Nice. Been following them on da 'gram for ages. Always assumed they were US based.
Being AU based means they just hit my wish list.

They’re made in Boston, JimmyJ is there at the moment.

i been in boston over 3 years now…time flies.
also boston buns aren’t from boston, as it turns out. uk/aussie thing.

firefly are very boston based.
jamie is an old courier, and with the other two dudes are all old indy-fab before they went belly-up.

i didn’t do the best job of taking photos, they do a whole bunch of custom stuff…stems, seat posts, little bits & pieces.

(the last one might have tipped you off on the location…)

I love their work and so bloody well priced. 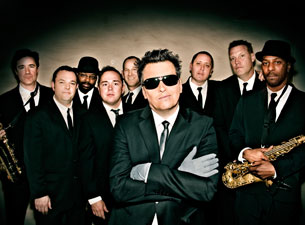 Boston is a town in the UK, not that far from where my wife’s uncle lives.

Made no sense that the peeps were nearly all ex-indi fab.
Must be pre-Christmas retardedness on my part. 10 BBQ pts to whomever can put this link together.

Meat is Murder was recorded in Boston? How’s that for a thread derail.