hey,
i am a noobie, in more ways than one, so i guess what better way to start of then with a question. or two

i want to buy a new wheel set.
i am looking at these from bikepro. just wondering if anyone knows of the same wheel set [preferably the same price or there abouts] in sydney. bikepro will ship but obviously i would rather by locally than interstate and save on cost.
and on the same note
i know i can get a set of hillbricks image for almost the same price as shipping the V’s from mel.
the wheels will be used for street use, although gutters aren’t a definate - it may happen. does anyone know if the hillbricks are as strong as the V’s?

i need some nicer wheels for my latest project :-o

i got mine from there. not flash, but solid and get the job done. they get ridden 7 days a week. there’s a set of wheels going through here for less as well.

yeah. if you are refering to the vintage sunshine pro-ams… i would get them for my next fixie project… but for this first i am looking for the V’s or similar.

what is it with bike fixations, i haven’t even got the first one under way and i already have another one on the go and am already thinking about it… and the third

i need some nicer wheels for my latest project :-o

I will seriously buy that chain guard off you if you aren’t going to use it. I want one for my commuter so I don’t grease up my pants so much and that one would make my bike look even more cool/rediculous than it does now!!

I’ll see your Dieko and raise you a Sekine GTO: 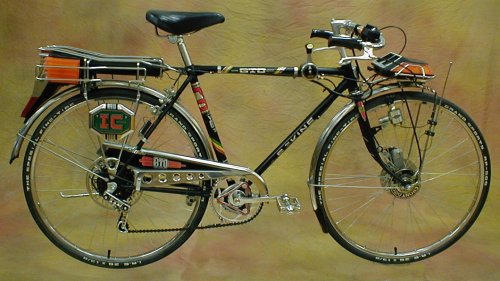 It even has a radio and indicators!

i am so tempted to buy that deiko. it would cost me more in petrol to pick it up… although with that amount of xtras i am sure there is some kind of hyper warp button hidden somewhere.