A friend of mine is tackling a long ride next year…At least 75,000 miles long.

best of luck to the crazy sonofabitch.

also, now have Cake in my head!

That’s insane, roughly 331km per day plus say a 5% to make up for any sick days is 347.5 per day.
That’s about 2432 per week, He will chew through so many chains and cassettes not to mention tyres, brakes, and all the other gear.
Hats off to him.

Up until recently, Steve mostly rode fixed wheel. He couldn’t afford to keep geared bikes in good shape while covering upwards of 40,000km a year.

Luckily, in the last couple of days, Schwalbe are covering his tyres and Connex his chains. He’s running disc brakes, to avoid killing off too many rims during winter. He is planning on sticking with 8 speed, to maximise reliability and durability and minimise replacement costs.

That is super human. Best of luck to him !!

Yep, saw that before. Absolutely unbelievable.

The incredible bit is that he’s going to be on a bike for realistically 12-15 hours every day.

Nuts. Best of luck to him.

What an insane and totally inspirational goal.

Will he be riding around generally the same area or does he do a tour of Britain?

There are some parts of the UK Steve won’t be going to. Anywhere that is too hilly, has really crappy roads or has too many traffic lights. He has a good idea where those are, having racked up a lot of miles all over the UK over the past couple of decades. Mostly he’ll be wearing grooves in the roads of the Midlands and the East of England.

Steve is planning on riding his 6th Paris-Brest-Paris (1200km in 90 hours) during the attempt and may ride through Belgium, Denmark and/ or the Netherlands before or after PBP. Basically, he needs to ride consecutive PBPs for a year straight but a bit quicker than PBP’s minimum speed. I’m happy to get off the bike and celebrate for a bit after finishing PBP.

Steve will have a couple of people to race against next year, both USAnian. The leading contender is probably Kurt Searvogel, who is likely to get a fast start being based in Florida for the first couple of months. Apparently he is starting his attempt a couple of days after Steve does, so Kurt has the advantage of knowing what distance he needs to beat all the way through the year.

Log in to Facebook to start sharing and connecting with your friends, family and people you know.

There is some Melbourne dude trying this next year.

Apparently he has 2 exact bikes, with one always being serviced check at the LBS.

Aw man that sucks. Wish him a speedy recovery and hope he gets back to setting that record again soon.

Was wondering where this dude was at over the weekend, shit news. 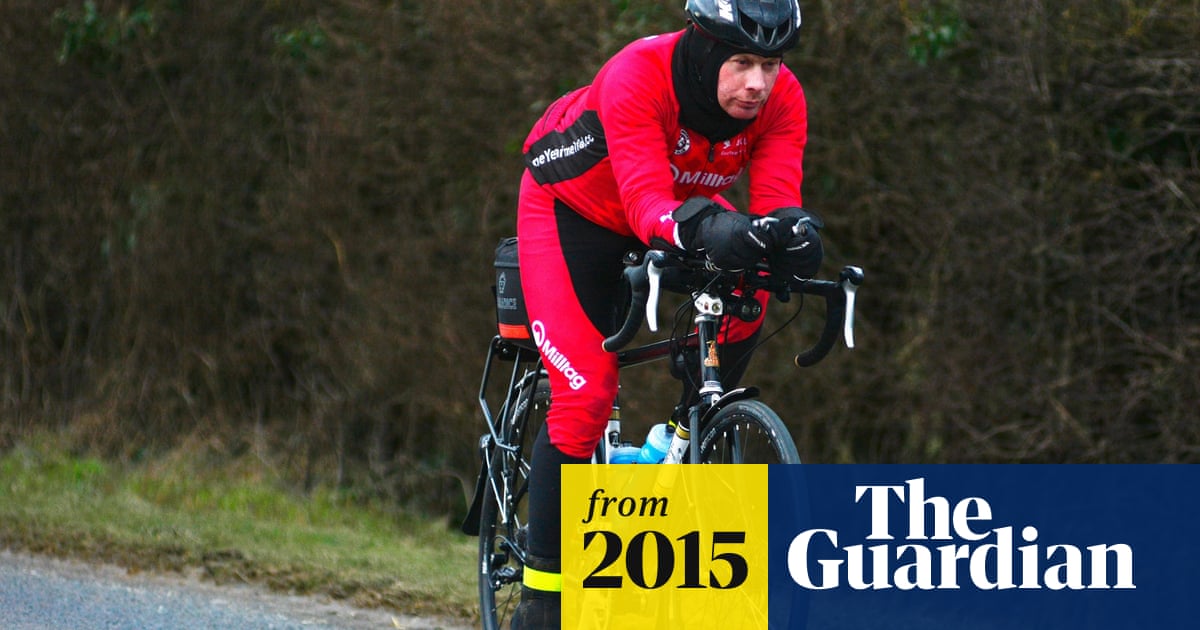 Cyclist attempting to break long-distance record is hit by moped

Steve Abraham, who is trying to break the record for the longest distance covered in a calendar year, may need an operation after accident in Somerset

has 80/73/53 front rings on his bike! -apparently due to an injury can’t pedal at high cadence