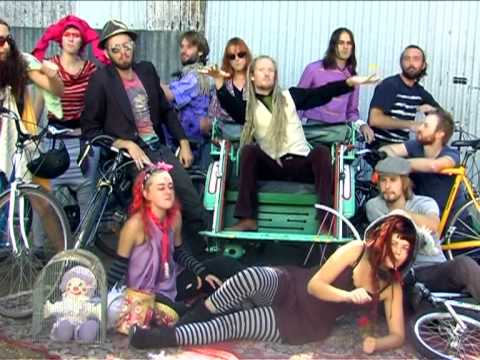 especially when they start rhyming.

well thats 2 minutes of my life I wont see again, and want back.
I wanted the hippie with the birdcage over her head(and arms) to fall off though… just to prove to her that its a stupid idea.

somehow, bikesnob must be made aware of this video.

somehow, bikesnob must be made aware of this video.

great. now i hate cycling too.

The Brunswick Free Ride was fun … if I’d known that shit was going on I would have called the plods myself :\

[right]there’s enough hate in this thread to start a militant wing.[/right]

GREAT SUCCESS! I got a reply from bikesnob to the email I sent

GREAT SUCCESS! I got a reply from bikesnob to the email I sent

You realize we have inadvertently helped the d00d out by increasing the view counts by a factor of 10,000 percent?

I guess, but I would presume that 99% of the additional traffic is looking at it for what it is - a massive joke.

so, anyone here inadvertantly end up in the video that we can tease?

i first read this joke on the toilet wall at soul food. true!

especially when they start rhyming.

seriously this guy and his friends are enemies to cycling and should be stopped at all costs.