Looks like a pretty good deal for $1100, about half the equivalent Surly/Soma/Salsa/Bombtrack.
I can’t afford it until about March but the T7 full price is still only $1300. So how come they are so cheap? Or maybe how come the Ogre and Troll cost twice that? I had decided to save and maybe buy a Surly this time next year. But this is so tempting.

The BikeSnobNYC has been testing one for a while and he seems to like it. 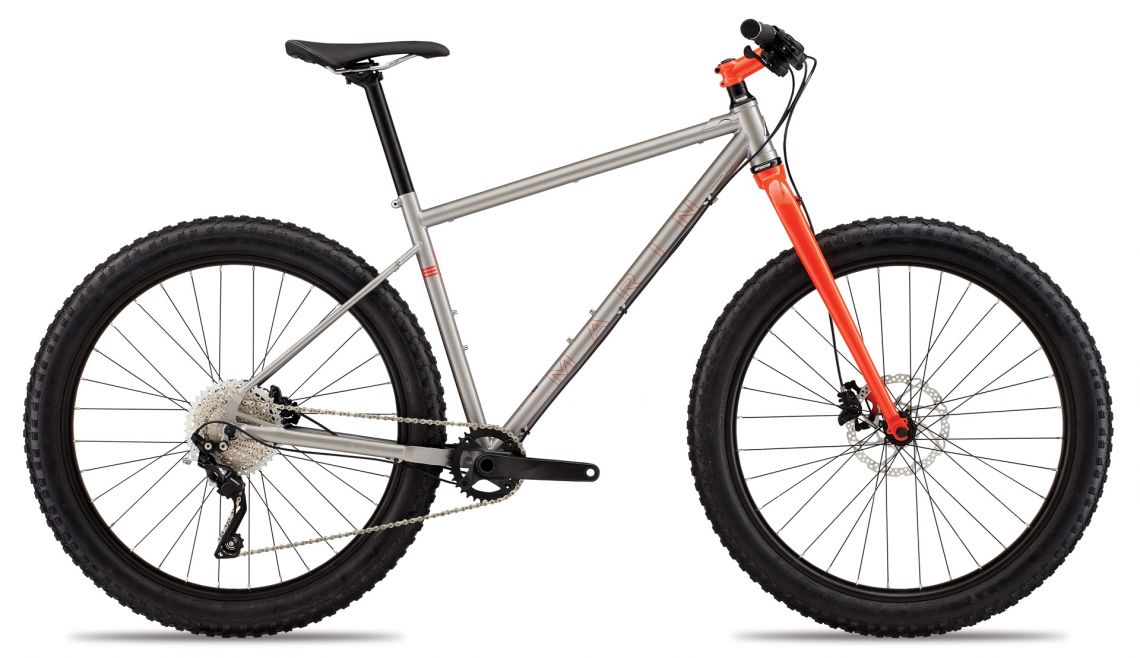 I don’t know/ can’t be bothered looking at what the Surly/Soma/Salsa/Bombtrack come specced with, but I reckon the low order components on this are a big reason as to why it’s cheap.

I reckon they look great and you should get one. Nothing fancy and not light but for the price, geo, and tyre size they look like heaps of fun.

Does indeed seem like a good deal.
You even get a good range Sunrace 10-Speed 10-42T cassette.
I guess the “Double Butted CrMo composition” frame will be heavier than Soma or Surly.

I have seen these bikes in the flesh and I don’t think they were overly heavy. If they are heavier than Surly Soma then I wouldn’t say it was by much.

As others say they seem well spec’d for the money. A mate of mine has one and raves about it. He bought a suspension fork for trail riding because I imagine it probably acts a bit like a pogo stick through the rough stuff, especially unloaded. I think it’s a pretty stiff steel fork.

The GX level stuff works well although the X7/GX rear derailleur linkages do develop play fairly quickly—an upgrade to an X9 RD is pretty cheap tho’. I also found the Formula hubs don’t have great bearing sealing, meaning you wear out bearings more quickly than better on better quality hubs. And the ones I had had a weird sealed bearing cone rather than pressfit end caps. This makes freehub maintenance a pain.

But yeah for a grand they look great! Do it!

Looks like great value on paper. I’ve shortlisted this a budget option for myself while looking for a commuter/monstercross type bike. Not in the market until March either so I’ll see what deals are around then.

What’s its purpose? Trails only, or road/trails/‘gravel’? The suspension fork version is only a few hundred more and (might) get 11 speed shimano shadow derailleur and shifters [i say might because specs on torpedo still say 10sp cassette?]. Or you could probably buy a nicer front shock if you were happy with the 10sp setup on this one.

Also remember that t7 will probably ship from os, so you’ll be hit with gst and import duty.

I suppose the purpose is commuting/road/gravel. Not much trails. Whatever I get, it will be flat bar with hydro disks, plenty of mounts, Fat tyres with mudguards. I think I want a proper front rack so that sort of rules out suspension forks.

And I’m not entirely convinced by the 1x. I used to have a bike with X5 (or was it X7?) with a triple chainring and that was fine.

This is a great trail bike atmo. For gravel road riding I’d look at something else

The bike appears to have had a small upgrade from that photo, inclusion of MID-FORK eyelets for a rack…ACE

And under the downtube bottle mounts.

Is it just me or does it look slacker now, too. Both of those boss sets are nice upgrades. I love this bike.

hmmmm. I thought I was satisfied with my current stable and unlikely to buy a new bike in 2017…

Time to start the old ‘buy and sell’ games again .

Is it just me or does it look slacker now, too. Both of those boss sets are nice upgrades. I love this bike.

A quick roughy comparison on my screen between the two pics shows a possibly slacker fork, not sure about the HA though.

A quick roughy comparison on my screen between the two pics shows a possibly slacker fork, not sure about the HA though.

Price same same? looks like HT angle has stayed at 69deg and wheelbase on a large is steady at 1141

Does this import tax get reduced/removed when bigger OS retailers implement that stupid offshore GST thing that the Libs are pushing?

Almost cheaper to fly over to NZ, collect in store, and fly home…after a quick ride around the block.

Now its down to $974, so no GST? until midnight tonight anyway.