Nick’s the only one starting posts in this forum, but apparently I have the power, so here goes:

My Raleigh has been retired and it’s parts transferred to the new ride:

58cm square frame, built on the Gold Coast by Soren Son, repainted in a pearl white/blue fade by the builder at a later date. Frame material unknown, but probably 531/653. Forged dropouts, lugged of course.

Stem/bars/seat/post are all slated for upgrades in the future and don’t warrant mention.

Photos:
(Nick, if you want to grab the larger images from flickr and put them on your server, go nuts) 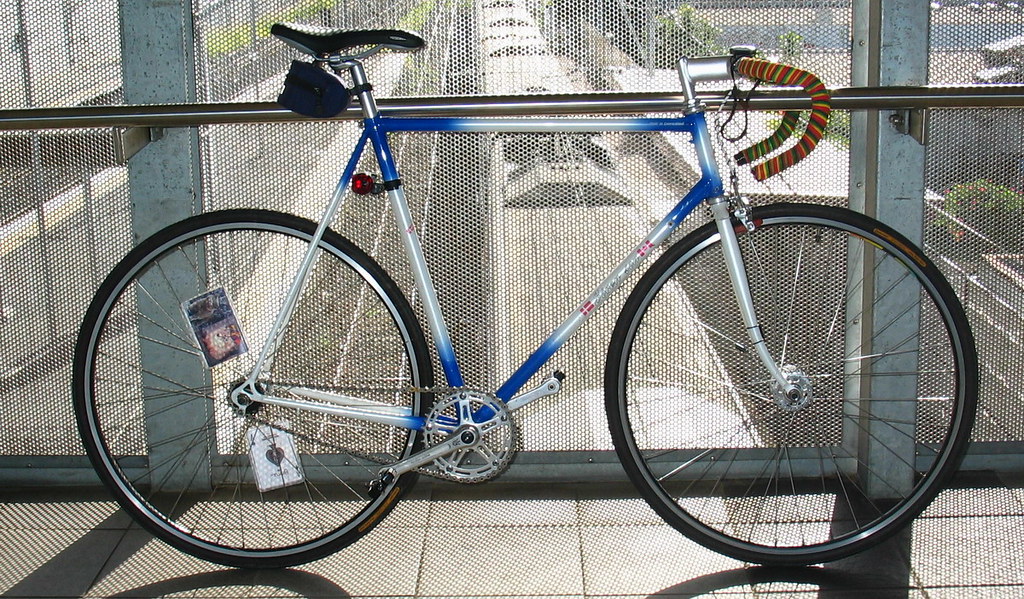 Spotted this at the Dinmore station commuter carpark and had a giggle: