My old man wanted an old racer to fix up. I obliged him and scored him a steed from Police recovered goods auction - this one looked promising, so I got got Auction head rush and spent a grand total of fifty bux on it: 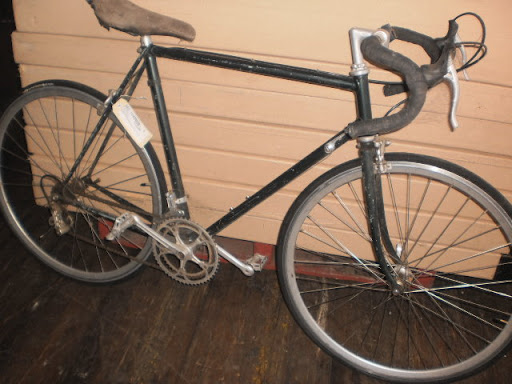 He picked it up yesterday, and said it was a Colnago! It has Galli, Simplex, Suzue and Suntour parts on it. The rims are 700c. He was planning to throw a sturmey archer hub and some flat bars on it, but will probably restore it now. I’ll have a closer look at it later in the week.

Anyway of finding out what it originally looked like and getting some decals?

Colnago!! ya kiddin. I nearly bid on that based on the pic, but figured when it $50 it wasn’t worth it.
i was sure the cranks were shimano 600 arabesque and I can see that the headset is for certain.
What defines it as a colnago? Pantographing ?

The old man said there was some faint lettering on the frame which said colnago. I haven’t seen it yet. Nonetheless he said it is extremely light and made of very thin tubes.

Cranks are Galli. I’ll have a closer inspection tomorrow night, and may post some close-ups to solicit some armchair opinions on what it might be. In any case, not too bad for fifty bux imo!

In any case, not too bad for fifty bux imo!

It looks like it would have been too small for me anyhow.Looks 54/55 at a guess.
Hope the ol feller enjoys it.

I bought my dad a bike to fix up. An old path racer, or utility bike, whatever. He went and got it powdercoated black, same with the rims and forks.
I haven’t seen him or the bike in a while.
Hope your dad does better!

hmm…i always thought colnago’s had only 2 top tube cable guides as opposed to 3, it may have colnago decals but i doubt its a colnago.

I think pantos or club cut outs/lugs would be the best indicator.

I thought from the pic when I perused it on the auction site that it was all arabesque, and would have bought it if it stayed below $25 just to flip the groupset for $$$.

Might be an early super, from that shit pic the fork crown looks very similar and so does the seat stay lug.

Great pick up! Will be an awesome project to restore

It is definitely a Colnago… Clubs on the lugs and fork crown, and the club shape on the BB, some pics to follow.

Some pics. A real mishmash of parts. The headset is shimano, as are the brake levers Shimano SLR or something. It has Campagnolo record hubs. Not sure about the rims, alloy with a deep profile and 700c, didn’t know they built 700 c wheels that early, makes it easy for tires though. They are laced with SS spokes, and the rear wheel has radial lacing on the non drive side, very fancy…

So pretty happy with that score! Unfortunately too small for me, so happy father’s day dad! 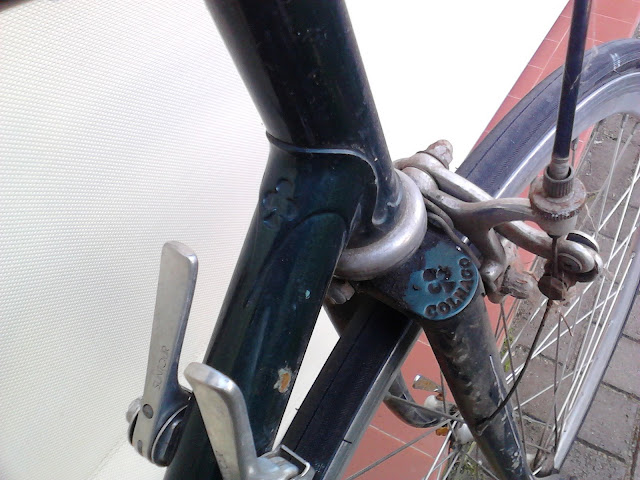 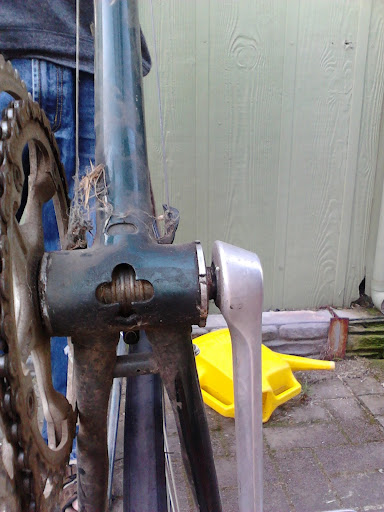 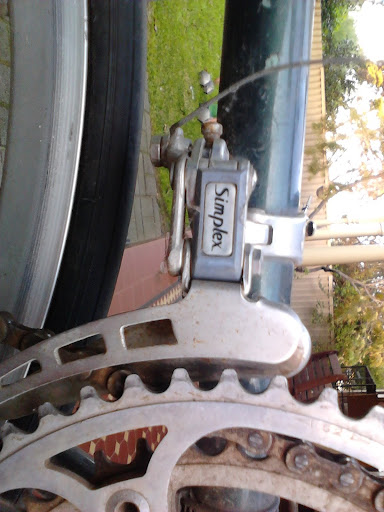 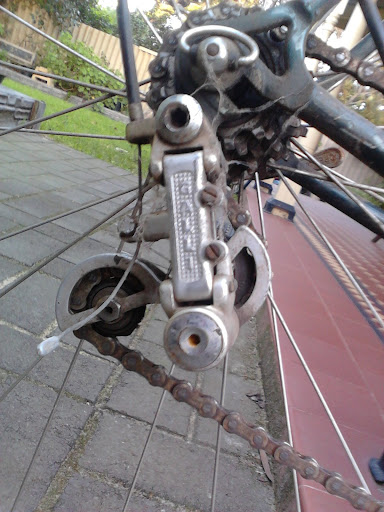 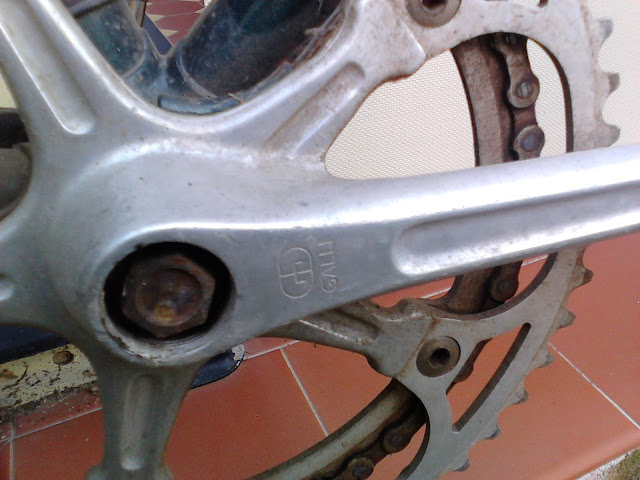 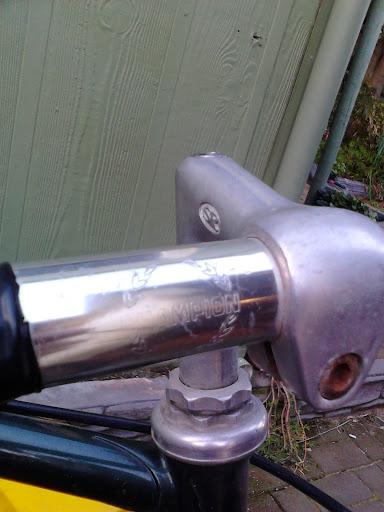 score! What are these police auctions?

In SA Evans and Clarke have the contract to flog off stolen goods recovered by the police and not claimed by their owners. You could probably find something similar in Vic. They had about fifty bikes in this batch and they all looked like crap, rusty K Mart specials, old road masters etc, except this one looked promising…

I reckon it looks like you might find the original paint under that. What fucking possesses dudes to paint over their bikes with housepaint I have no idea. I guess it’s the same with stripping a perfectly good frame to powdercoat it.

I reckon it looks like you might find the original paint under that. What fucking possesses dudes to paint over their bikes with housepaint I have no idea. I guess it’s the same with stripping a perfectly good frame to powdercoat it.

So pretty happy with that score! Unfortunately too small for me, so happy father’s day dad!

Ya know I was kinda kickin myself for not bidding now, but at 6’1" i’m way to big for that frame anyway.
It’s kinda like buying a lottery ticket or a lucky dip for ya dad ,and he’s hit the jackpot.
Happy fathers day to him from me as well.
Hope to see some pics of it when he’s got it rideable again.