Current gravel bike is more a CXer and limited to 40c tires, maaayyybbe 43. I want to run bigger.

Was hoping to find another Cannondale CAD hardtail to convert, but then this this popped up locally. 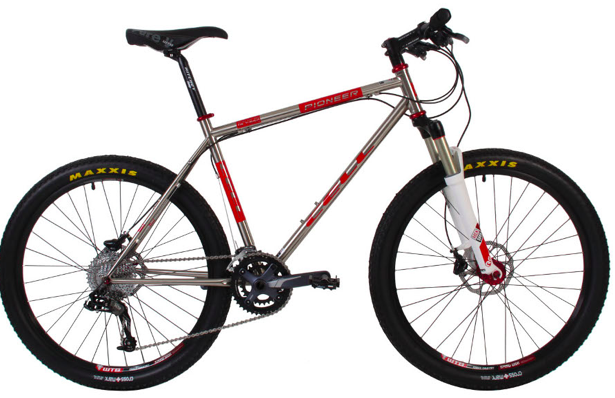 Had a spare rigid fork from the parts bin, albeit for a 29r, chucked it on to mock it up for now. If too long ill probably swap it for the carbon Nukeproof set thats currently on my commuter, has a shorter A-C by about 20mm, but im kinda thinking the 29 forks might not be so bad.

Will stick to the stock wheels for now, Novatechs to WTB Speeds.

Groupset wise, ive got a mish mash of Di2 bits on the bench currently. 6870 levers to GRX rear derailleur so i can run a 42 cassette. However its mechanical only, so will have to run with spyres. Im also considering using the 8020 on my current gravel bike, but ill need new adapters to run the flat mount calipers. Plus will need a GRX 812 derailleur to use the 42t cassette. Still contemplating.

Di2 will also mean ill have to drill holes in the downtube and stays for internal wiring, which im not too phased about.

For the moment, this is where im at after stripping the graphics off. 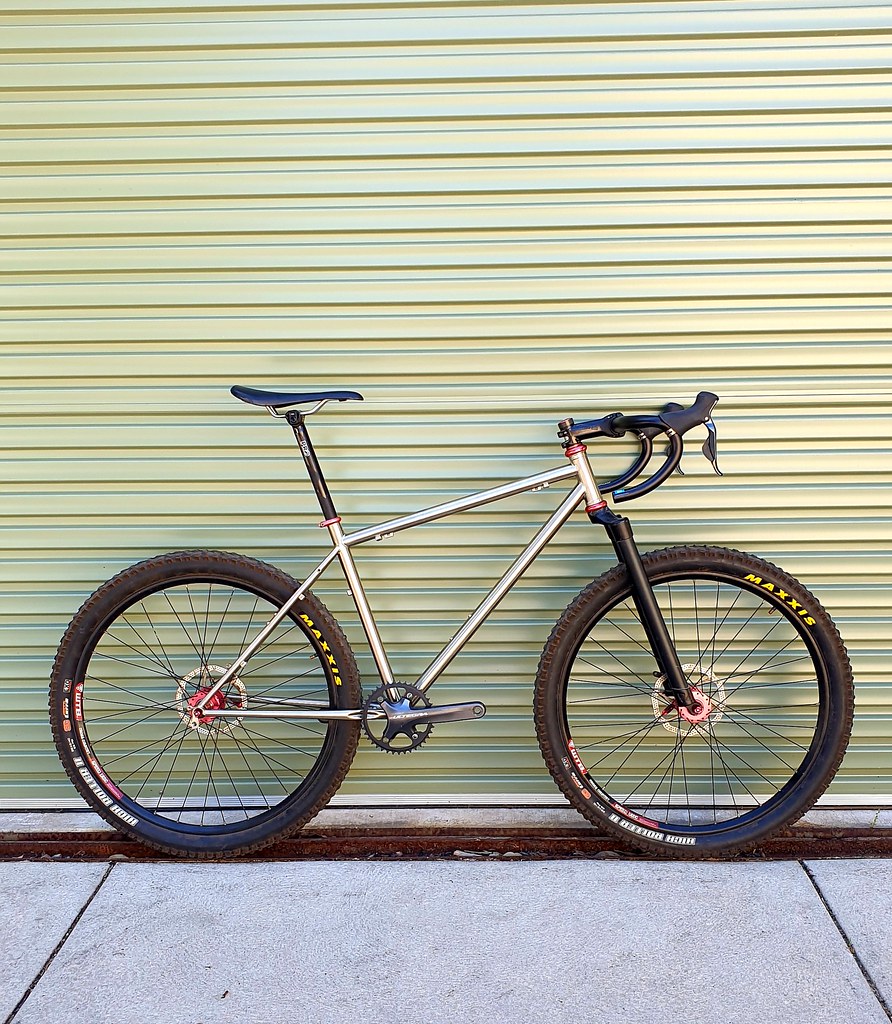 Looks mean. Does the geo feel good when you sit on the bike?

Havnt had a chance yet to be honest!

Legit looks better than 80% of the ‘gravel bikes’ on offer. Would you mullet it, reckon it’d still handle OK?

looks sick. can’t decide if it’s awesome or satanic, but I’m excited to find out.

Made a call on groupset, as much as id love to tinker and custom set up Di2, i couldnt justify spending more cash on a set of 8070 brifters. But i really want hydro brakes.

So im just gonna reuse the 8020 off my current gravel bike and picked up GRX 812 rear derailleur so i can run the 42 cassette i had planned.

Also ordered another set of IS to Flat mount adapters, should be here in a week or so.

Nothing exciting, hopefully build will be done as my collarbone heals and will actually be able to ride the thing.

Hey Jase! I really like how that looks, especially sans graphics.

What size wheels & tyres are on it? I have an old Fuji aluminium 26er frame repurposed for bikepacking, and I can only fit 700x40s on it and like you really want the option of a bit more tyre.

I’ve moved to a flatbar because the reach is just a bit too far for my Trex arms. Since i’ve done that the GRX rear derailleur is surplus to requirements if you’re looking for one?

This is the one i’m not using: 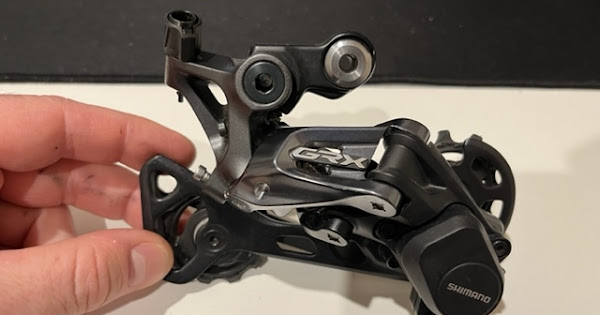 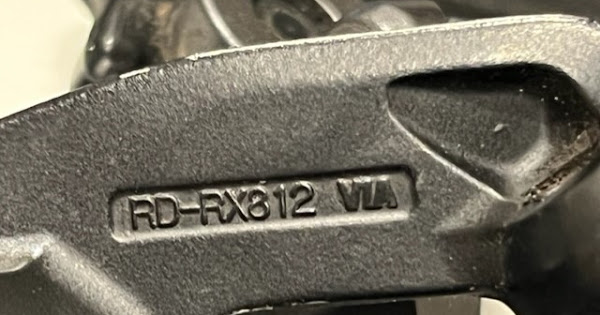 Hey Jase! I really like how that looks, especially sans graphics.

What size wheels & tyres are on it?

the GRX rear derailleur is surplus to requirements if you’re looking for one?

cheers Damo! i actually have a new one on the bench ready to go, appreciate the offer tho!

As for the wheels, its a 26er, so currently running 26 x 2.3s. Probably a little overkill for gravel, not to mention heavy as heck. But im not racing, so should be fun when the trails get a little gnarly. 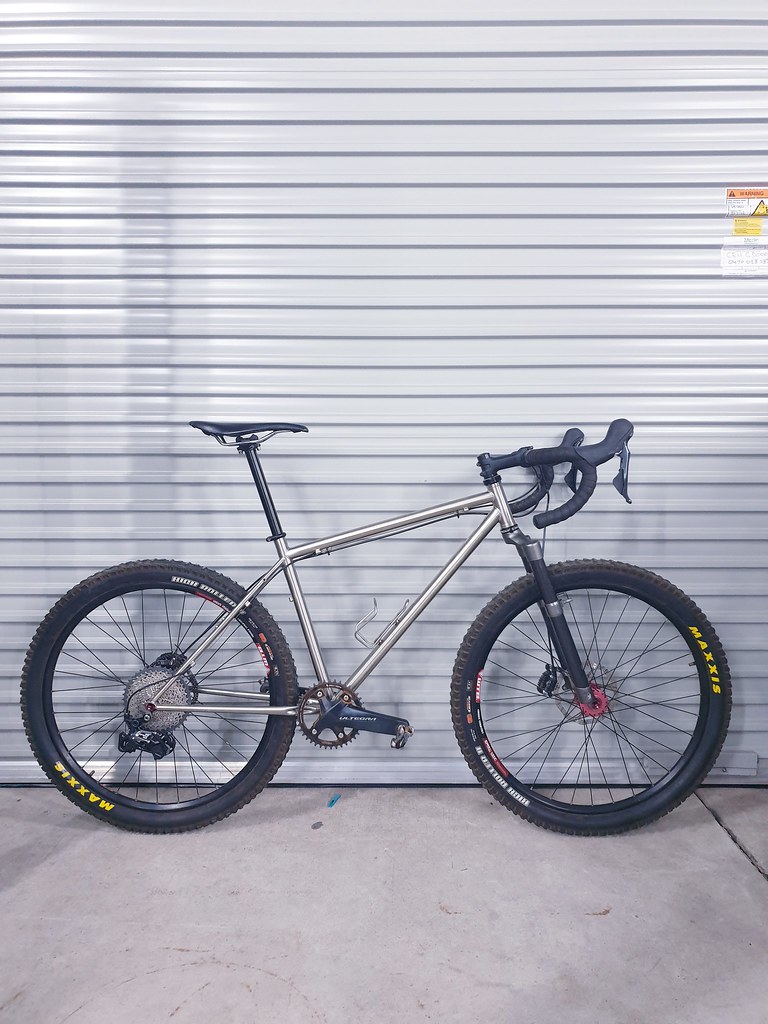 Went with a shorter a-c fork, semi installed group. Still waiting on brake adapters which have been delayed another few weeks.

Still looks like plenty of clearance with the shorter fork?

What is the rim tyre combo you’re running? I’m looking at going up from the 700x40 i’m running, but 19mm internal width rims aren’t cutting it. Hunt has some on sale at the moment tho HUNT 4 Season Gravel X-Wide Wheelset – Hunt Bike Wheels International 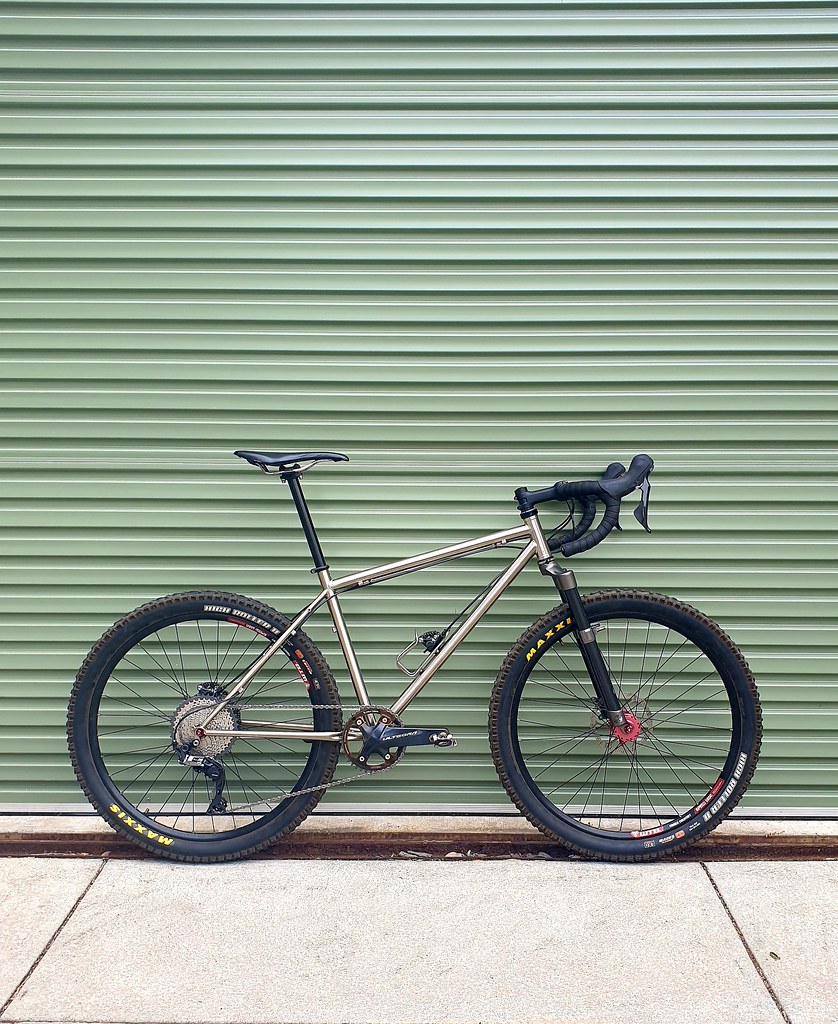 Popped them on, had to go 180mm rotor up front.

Super keen to get out on this. 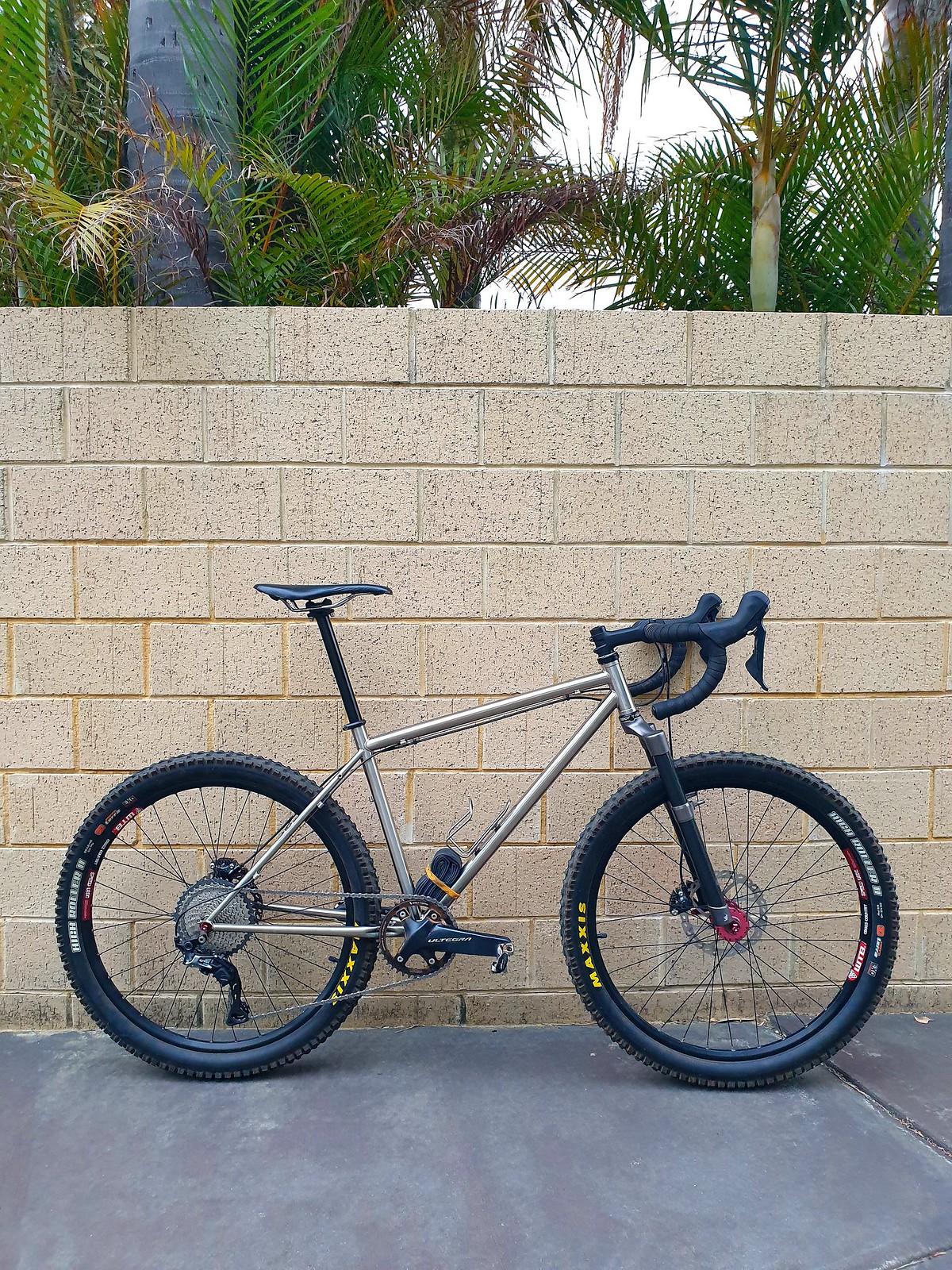