there will be another $100 up for grabs for the minute challenge. brought to you by the future fund!

this prize will be taken home by the person who rides the furthest on the real rollers in one minute… no handicap, nothing.

is there a gear limit for the 1 mile dash? 93km/h is gonna be a bit hard if there is.

gearing for the chooka challenge must be less than 100 gear inches.

far from impossible on the rollers. chooka reckons there have been at least 4 other people who have done it - since the 70s!

fuck, i love that flyer so much. courtesy of aquaman, aka cam diamond, aka cam d (in the house!). big ups!

Will try and get my legs back up so I can enter :evil:

Props on the flyer…it actually convinced me that I want to be there.

flyer came down, but is now back up. sponsor deets coming soon. only two and a bit weeks away. put a lower gear on your street fixie and practice spinning!

aww man, i’ll be in perth for a cousins wedding dangnabbit! :evil:

flyer came down, but is now back up. sponsor deets coming soon. only two and a bit weeks away. put a lower gear on your street fixie and practice spinning!

This gets me very excited: 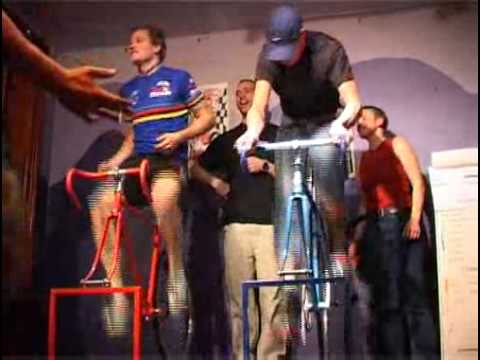 that got me so amped. ima gonna ask my cousin to shift his wedding day. cuntz!

i’m going to try to convince old mate neiwand to come. apparently he once hit 300rpm on the rollers - and held it for 15 seconds.

is it that crazed/manic/monkey/frantic/roidal? hilarious!
Might have to pop on down…

flyer now has sponsor info on it. ain’t that nice. 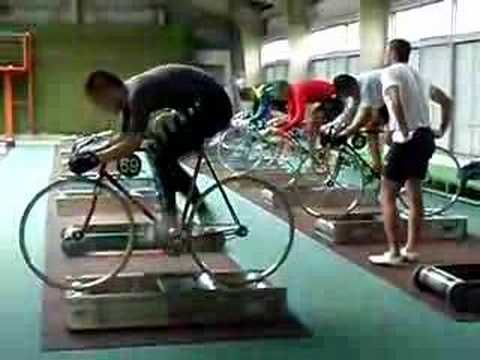 can’t be that hard :roll:

i was talking to the malaysian track team last night (including one of the fastest women in the world, Fatehah Mustapa). they’re all pretty stoked on the idea, and are likely to come along. i say likely because their coach gave the thumbs up - a rare occurance.

i’ll believe it when i see it, but you all better hope that the handicapper is kind to you. buy him brownies…

today i heard another rumour…

today i heard another rumour…

what… we are all going to race in jayco kits and robocop helmets?