depends on location, for example goldcoast…

where do you hide your heater in that?

depends on location, for example goldcoast… the heater he means is this.

If your after a perfect top for summer try this.

Maybe I’ll convince my wife to buy me this for Christmas.

If your after a perfect top for summer try this.

Is that Davey Havok from AFI? 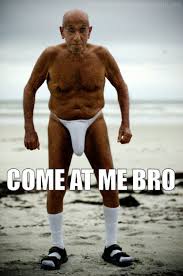 Oh you are one small step away from Primal Wear…

However, the answer I’ve been looking for is this…

I like the creux stuff… gonna pick up a pair of those shorts.

The Torm stuff looks good too.

Don’t worry about the ‘indie’ bit and rock one of these.

Be cool like Chex and get a Bernard kit.

that is real nice

go formal, I do sometimes, people love it!

Swrve do some clothes… dont know much about them except that the trousers are those kinds that are cycle specific so they’re low at the front and theyy’re fine on the bike but you can see spiders legs coming out the top if you’re standing up with no shirt on.