What parts should i import?

Hi Guys,
I’m not here to advertise my site so i’m not mentioning anything in that regard.

I’m setting up an online store and would like to know what fixie/single speed products, parts and/or brands are popular and commonly purchased online here in Australia. I’ve only recently come back from a 2 year stint in London and the fixie scene is booming over there. Fingers crossed we’re on that band wagon as their community is brilliant.

I’m hoping to get this off the ground in the next few months. You help is greatly appreciated.

My first thought is tyres. Good quality tyres that don’t cost ridiculous amounts. Have a look at urbanvelo.org and see what gets recommended there. Mid-range Continental, Michelin, Schwalbe, Vittoria and Panaracer would be pretty safe. It all depends on what the wholesale cost is, versus how much you can make. If you could get folding Continental Ultra Gator Skins for a decent price, i’d surely buy a few from you.

Chains - KMC and Izumi would be nice to see if you’re going fixie/single speed demography.

For those that run at least a front brake on their bikes, decent brake pads for aluminium and carbon braking surfaces.

Do you want to attract full on track racers as well? Or are you purely after people who ride on the street?

Essentially, you want to bring in anything that guarantees repeat customers. The consumables. Frames, bars, rims and such don’t wear our that quickly, but if you can get the basics in, at a good price that doesn’t leave you with empty pockets and gives the customer a good deal, then that’s where i’d start.

P.S. Another thing i thought of. Miche products. I’ve heard very few issues with these (hubs, cranksets etc.) and they are a decent price. So they could be worth looking at.

what about aerospokes? i think they might be about to break big. and spinergy’s

what about aerospokes? i think they might be about to break big. and spinergy’s

I have to say I’ve entirely lost track of the difference between piss-take irony and genuine sincerity on these forums.

As for the shop, it seems Wiggle won’t send Rubinos or Randonneurs to Australia anymore, (??!?) so I for one am looking a source of cheap, disposable rubber.

i got a huge feeling about updog. updog is going to be fucking huge.

Also @ sickboy, all those brands you’ve mentioned already have Australian importers and most of them are brought in by decent sized operations.

Maybe EAI stuff? Can you get any of that in Australia?

i got a huge feeling about updog. updog is going to be fucking huge.

also, brenda is my sister. 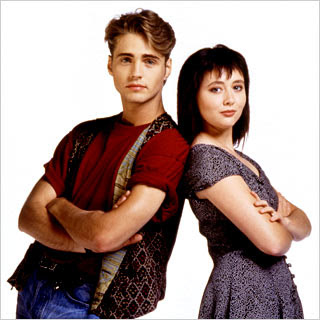 To the OP- are you wanting to sell fixie products that are hard to get in Australia- is that what you’re getting at? The fixie community are tight arses, the products need to be sold cheap otherwise you’ll just have another online seller with no differences to any other one.

You’d be better off going cx…

I thought the idea of starting a business was to fill an identified market niche or need?

Starting a business and then asking a consumer group what niche you should fill seems… doomed.

If you do Sugino, bring in those fantastic Octalink 110bcd cranks that are possibly the greatest cranks ever made. Only bring them in silver.

At the end of the day I probably won’t support your online store, so I don’t care what you bring in.